Moldova keen to join the European Union in 2019 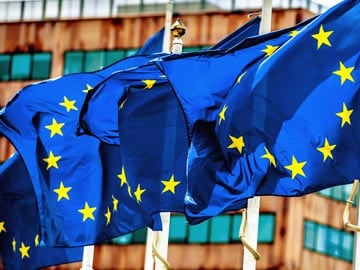 Bucharest, Romania: Moldova wants to join the European Union in 2019, Prime Minister Iurie Leanca said on Tuesday, as the bloc drew closer to the former Soviet republic and the continent's poorest country.

Moldovans were granted visa-free travel to most EU states Monday as part of the country's bid to sign an association deal with the 28-nation bloc, a key step toward membership.

"We have an ambitious target but I consider that we can reach it: doing everything possible for Moldova to become a full member of the European Union when Romania will hold the presidency of the EU in 2019," Leanca said during a visit to the Romanian-Moldovan border in Sculeni.

Romanian Prime Minister Victor Ponta voiced his support, saying he hoped "there will be no more border here but a single Europe".

Wedged between Romania to the west and Ukraine to the east, Moldova has 3.5 million people and is Europe's poorest country.

It is one of six former Soviet states the EU hoped to draw into a wide-ranging Eastern Partnership programme on its eastern flank, until Armenia, Azerbaijan and Belarus turned back toward Moscow and Ukraine's since-ousted leader Viktor Yanukovych also backed out in November at Russia's behest.

Moldova and Georgia however stood firm, initialling the partnership programme in November. They are expected to sign a final association deal with the EU in June.

Moldova's path to Europe could be difficult because the pro-Russian breakaway region of Transdniestr, in eastern Moldova, rejects the deal. The Russian-speaking autonomous region of Gagauzia in southern Moldova is also reluctant.

Promoted
Listen to the latest songs, only on JioSaavn.com
Moldova depends heavily on imports of Russian gas. But Leanca stressed that a gas pipeline connecting his country to Romania is to be finished by the end of August. "We will be able to receive Romanian gas and we will then see what diversity and energy security mean," he said.