Saudi Prince's Rise to Power Turns Him Into A Billionaire Boss

Prince Mohammed bin Salman, estimated to be worth more than $1 billion, addressed his wealth, to a point, in an interview that aired last year. 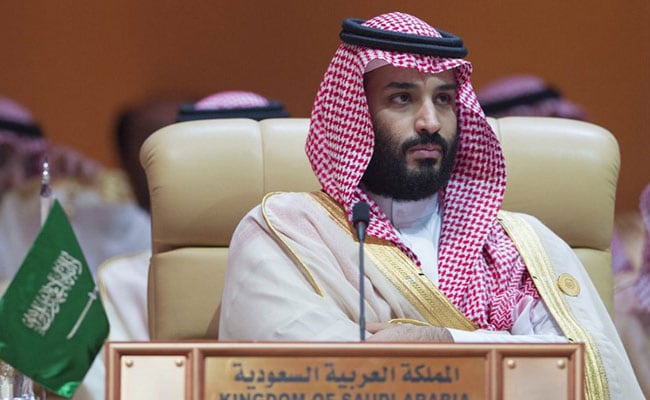 "As far as my private expenses, I'm a rich person," Saudi crown prince had said in an interview. (AFP)

It was an unprecedented move against once-inviolable power figures in the kingdom, framed as a crackdown on corruption.

To pull it off, Crown Prince Mohammed bin Salman turned the marble-floored Ritz-Carlton in Riyadh into a prison in November 2017 for hundreds of men. Many of the captives-some of them his relatives and princes in their own rights-were released only after agreeing to sign over to the government assets including land, cash and business stakes. The total recovered, Saudi authorities said, was some $107 billion.

That sensational show of power upended decades of unwritten rules within the secretive House of Saud and effectively sidelined the crown prince's potential opponents in one sweep. With his rise in the kingdom's pecking order to presumptive heir to the throne, he became not only the de facto political leader of the petro-state but the unrivaled billionaire boss of a sprawling family firm with more money than almost any other dynasty on the planet.

The Al Sauds number some 15,000, according to estimates by political analysts and academics, from infants to the elderly. Their collective fortune is estimated at more than $100 billion in the Bloomberg Billionaires Index, enough to rank fourth among the world's richest families.

The Saudi Information Ministry's Center for International Communication didn't respond to a request to comment.

That is a very conservative assessment, based primarily on the most traceable source of income for House of Saud members for decades: royal stipends distributed by the king's private office. 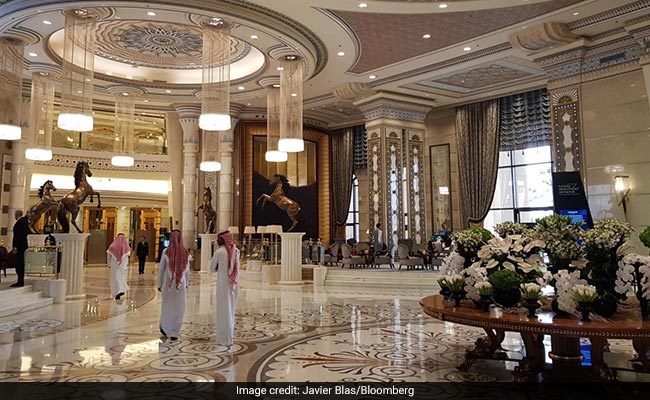 The foyer of the Ritz-Carlton hotel during preparations for the Future Investment Initiative (FII) conference in Riyadh, Saudi Arabia.

The monthly stipends, as detailed in a 1996 U.S. embassy cable published by Wikileaks, ranged from $800 to $270,000 and totaled $2 billion annually. It's unclear how, or whether, the amounts have changed since.

Bloomberg assumed they remained flat, and added in zero gains from possible investments. But if the stipends went up in concert with, say, inflation or Saudi oil revenues, and if the payouts were invested in capital markets, the House of Saud could be worth around $1 trillion-making it the world's richest family.

The curtain has only occasionally been pulled back for glimpses into how the clan amassed its riches in the decades after King Abdulaziz bin Saud founded modern Saudi Arabia in 1932, the year before the signing of its first concession deal, with Standard Oil Co. of California.

"There used to be a fuzzy border between state finances and senior princes," said Steffen Hertog, author of the 2010 book "Princes, Brokers and Bureaucrats: Oil and the State in Saudi Arabia" and a professor at the London School of Economics. "There are only two people left who have that kind of direct access: the crown prince and the king."

Prince Mohammed, estimated to be worth more than $1 billion on his own, addressed his wealth, to a point, in an interview with CBS's "60 Minutes" that aired in March last year.

"As far as my private expenses, I'm a rich person and not a poor person," he said. "I'm a member of the ruling family that existed for hundreds of years before the founding of Saudi Arabia."

Since the accession in 2015 of his father, King Salman, the crown prince has spearheaded the most radical liberalization the nation has seen under a plan called "Vision 2030" to diversify the economy, slash unemployment and reduce the reliance on oil. 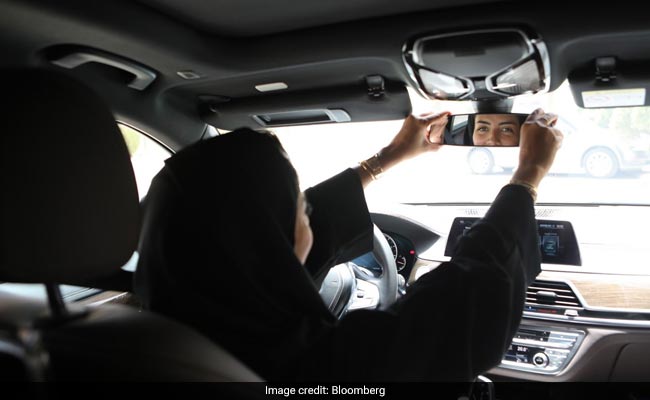 Saudi Arabia's lifting the ban on driving is likely to increase the number of women seeking jobs.

Women are no longer legally banned from driving or from traveling abroad without the permission of a male relative, and they can attend events at sports stadiums. The new rules allow movie theaters and music concerts.

At the same time, Saudi Arabia under Prince Mohammed has jailed dissenting clerics and activists, including women who fought for the right to drive, and led a bombing campaign in Yemen that created a humanitarian crisis. The kingdom and the crown prince faced widespread condemnation over the murder of Washington Post columnist Jamal Khashoggi by Saudi agents at the country's consulate in Istanbul in October.

But the crown prince has, through it all, maintained a diplomatic alliance with U.S. President Donald Trump, who avoided singling him out for any alleged involvement in Khashoggi's killing. Prince Mohammed's hold on power at home doesn't appear to have weakened. Nor, likely, has his control over the family purse.

Not even the potential public offering of oil giant Aramco and the publication of a numbers-packed prospectus did much to lift the veil on the royals' wealth. The world's most profitable company paid the Saudi government $162.9 billion in royalties, taxes and dividends last year, which flowed directly to the state treasury. How much if any was doled out to family members isn't known.

Historically, there was little distinction between the state coffers and those of the royals, according to Ellen Wald, author of the 2018 book "Saudi Inc.: The Arabian Kingdom's Pursuit of Profit and Power." "This is an absolute monarchy," she said. "When it comes down to it, the monarch can really take anything."

Over the decades, there were other potential sources of income for many royals. Some earned fees by acting as fixers on the government's international deals. Saudi Arabia is traditionally one of the world's biggest arms importers, buying weapons mainly from the U.S., U.K. and France.

They have also made money by flipping land or serving as silent partners in businesses, benefiting from a law that until recently required companies in some industries to be at least 25% owned by locals. These practices were among the targets of Prince Mohammed's 2017 crackdown.

Members of the House of Saud have been prolific spenders. Bloomberg analysis identified assets worth at least $30 billion, spanning racehorses, country estates, public equities, an African game farm, $1.6 billion worth of superyachts and more.

Some own stakes in businesses. Prince Sultan bin Mohammed Al Kabeer, for example, is the billionaire chairman of the kingdom's biggest food and beverage company, Almarai. The children of the late Prince Abdullah bin Faisal run Al Faisaliah Group, a conglomerate that acts as a local partner for Danone, Philips Healthcare, Accenture Plc and Sony Corp.

Prince Alwaleed founded Kingdom Holding Co., which has investments in hotels, real estate and equities, including Citigroup Inc., Snap Inc. and Twitter Inc. Alwaleed was the most recognizable figure imprisoned at the Ritz. His detention, which he later put down to "a misunderstanding," ended in January 2018, after 83 days, when he reached an undisclosed agreement with the government.

The oldest son of King Salman's third wife, Prince Mohammed had only briefly held a high-ranking government role before his father ascended the throne. Then he swiftly assumed titles including minister of defense, chief of the royal court and special adviser to the king. 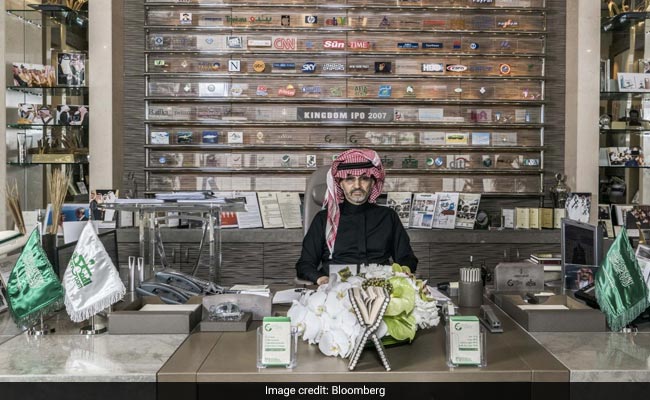 His personal business interests are extensive, according to Gulf States News, the publication of political risk consultancy CbI, which connected him to 20 to 25 companies, most of them founded around 2009 and operating in real estate, manufacturing and telecom. Other assets were identified through information disclosed in the Panama Papers and Paradise Papers leaks.

The International Consortium of Investigative Journalists published details of his family's connections to more than a dozen offshore entities, some linking the crown prince to the 2015 purchases of the Chateau Louis XIV outside Paris for $300 million and the superyacht Serene, one of the world's most valuable, with a market value of $320 million.

Other assets include a South African game farm, a stake in a Saudi telecom company worth about $30 million and interests in a handful of private companies, including a bank, a real estate developer, a fish farm and a petrochemical transportation company that he controls through a holding company called Tharawat, named for the Arabic word for treasures.

The prince doesn't like to talk about his royal privilege or how it enriched him, and he has professed not to pay attention to the criticism he attracts.

"I don't care how the world views me as much as I care about what's in the interest of the country and the Saudi people," he said in an interview with Bloomberg last year. "Whatever serves the Saudi people and Saudi Arabia as a country, I will do it with full force, regardless of the impressions that it will create about me."

(Except for the headline, this story has not been edited by NDTV staff and is published from a syndicated feed.)
Comments
Mohammed bin SalmanSaudi ArabiaSaudi Crown Prince