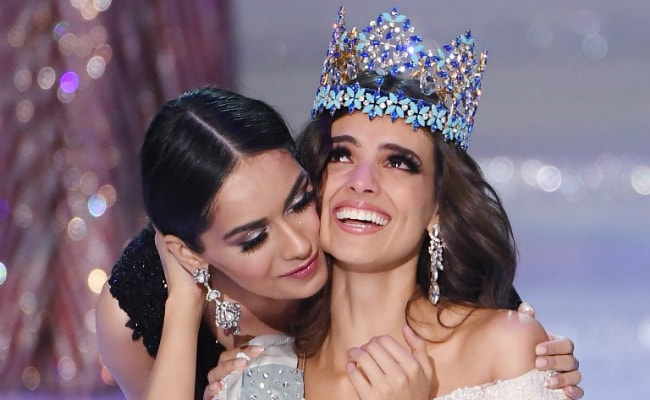 A Mexican model and volunteer was crowned Miss World at a glitzy event on the tropical Chinese island of Hainan on Saturday.

She was crowned as the 68th Miss World by last year's winner, Manushi Chhillar, in the coastal city of Sanya.

Miss Mexico Vanessa Ponce de Leon, 26, has a degree in international business, volunteers for "Migrantes en el Camino" and is on the board of directors of a rehab centre for girls, according to the Miss World website.

The colourful ceremony included US group Sister Sledge performing their 1979 disco anthem "We Are Family."

It is the eighth time the Miss World final has been held in Sanya, which first hosted the pageant in 2003.

At the finals three years ago controversy erupted as officials in Hong Kong stopped Miss Canada, Anastasia Lin, from boarding a plane bound for Sanya, telling her she would not receive a visa.

The 25-year old actress claimed the decision was due to her stance on China's human rights record, including its persecution of Falun Gong, a Chinese spiritual group of which she is a practitioner.

US, Pak Discuss Need To Maintain "Responsible Relationship" With India