Mike Pence, however, did not mention China in his remarks at the opening of a summit with the Association of Southeast Asian Nations (ASEAN) in Singapore. 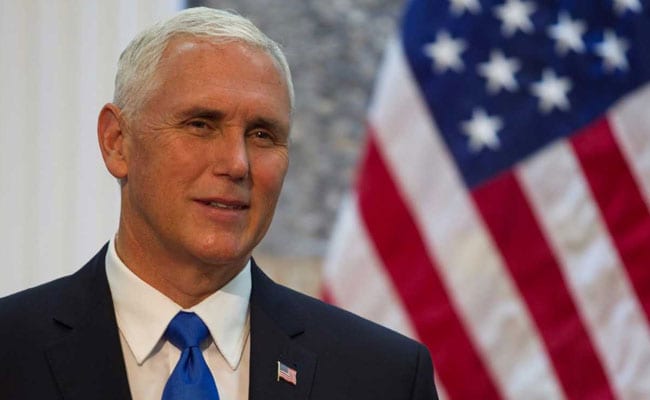 U.S. Vice President Mike Pence told leaders of Southeast Asian nations on Thursday that there was no place for "empire and aggression" in the Indo-Pacific region, a comment that could be interpreted as a reference to China's rise.

Pence did not mention China in his remarks at the opening of a summit with the Association of Southeast Asian Nations (ASEAN) in Singapore, but stressed that small countries as well as large ones should be allowed to prosper in the Indo-Pacific.

The prime minister of Singapore later said that Southeast Asian countries did not want to take sides when pulled in different directions by major powers, but that one day it may have to.

Leaders at the ASEAN meetings this week heard warnings that the post-World War Two international order was in jeopardy and trade tensions between Washington and Beijing could trigger a "domino effect" of protectionist measures by other countries.

"Like you, we seek an Indo-Pacific in which all nations, large and small, can prosper and thrive - secure in our sovereignty, confident in our values, and growing stronger together," Pence said. "We all agree that empire and aggression have no place in the Indo-Pacific."

He said Washington had taken action to promote this vision, including steps to spur private investment in infrastructure and a pursuit of trade that is "free, fair, and reciprocal".

The vice president also highlighted the United States' "pressure campaign" on North Korea, its "commitment to uphold the freedom of the seas and skies" and determination to ensure that Southeast Asian nations are secure in their sovereign borders, on land, and at sea in the digital world.

Pence's comments follow a major speech in October in which he flagged a tougher approach by Washington towards Beijing, accusing China of "malign" efforts to undermine U.S. President Donald Trump and reckless military actions in the South China Sea.

The United States has conducted a series of "freedom of navigation" exercises in the contested South China Sea, angering Beijing, which says the moves threaten its sovereignty.

China's claims in the South China Sea, through which some $3 trillion of shipborne trade passes each year, are contested by Brunei, Malaysia, the Philippines and Vietnam - all ASEAN members - as well as Taiwan.

Beijing and Washington are locked in a trade war in which they have imposed increasingly severe rounds of tariffs on each other's imports.

Asked at a news conference how important it was for ASEAN not to take sides when major powers are trying to pull it in different directions, Singapore Prime Minister Lee Hsien Loong said:

"It is very desirable for us not to have to take sides, but the circumstances may come when ASEAN may have to choose one or the other," Lee said. "I hope it does not happen soon".