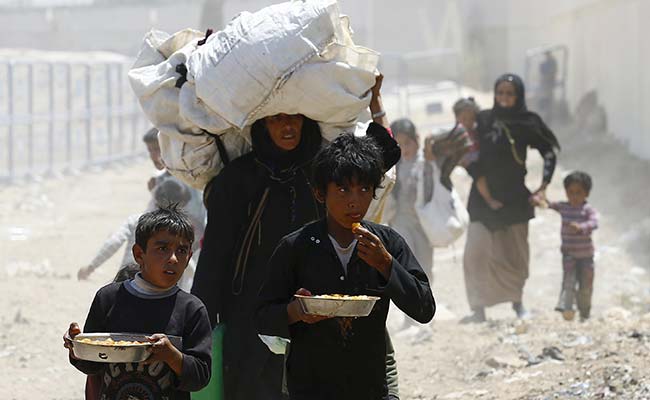 Vienna: Europe's raging migrant crisis is set to hijack a summit in Vienna of leaders from the western Balkans region on Thursday that will also be attended by German Chancellor Angela Merkel.

When it was announced a year ago, the gathering of a slew of heads of government and ministers as well as EU foreign policy chief Federica Mogherini was meant to be about regional cooperation and prospects for joining the EU.

But the "western Balkans route" has now become one of the main ways into the European Union for the several hundreds of thousands of migrants entering the bloc this year in Europe's worst refugee crisis since World War II.

Some 102,000 migrants entered the EU via Macedonia, Serbia, Bosnia and Herzegovina, Albania, Montenegro or Kosovo between January and July this year, versus just 8,000 for the same period in 2014, according to EU border agency Frontex.

Last week Macedonia declared a state of emergency after being overwhelmed by the volume of refugees entering from Greece, closing the border for three days as police used stun grenades to stop people breaking through.

At least 7,000 people have since made it to Serbia, hoping to follow the roughly 100,000 others who have crossed over into EU member Hungary this year before a razor-wire barrier is completed by August 31.

Summit host Austria, which borders Hungary and fellow "front line" state Italy, will present at the conference a five-point plan.

It involves doing more to tackle people-trafficking gangs, a "fairer" distribution of refugees around the EU, greater security cooperation, helping the countries where the migrants come from and a "pan-European asylum strategy".

"It's a humanitarian disaster, a disaster for the European Union as a whole, and there is a pressing need for us to focus on the situation in the western Balkans," Austrian Foreign Minister Sebastian Kurz said on Monday.

"We have to find a new strategy to support Greece and the western Balkan countries," Kurz said on a visit to see the crisis in Macedonia for himself.

But it's not just about people fleeing violence in places like Syria, Iraq and Afghanistan. The impoverished countries in the western Balkans are themselves the source of huge numbers of migrants.

Of the 44,000 irregular migrants detected crossing between western Balkan countries and between these countries and the EU in the first quarter of 2015, 27,000 were nationals of the region, according to Frontex.

According to Dusan Reljic at the German Institute for International and Security Affairs (SWP), this is because the economic situation there is "disastrous", with growth non-existent, unemployment sky high and investment feeble.

"In Macedonia the average monthly salary is 350 euros ($410), less than in China," the Balkans expert told AFP. "Something like half of the people applying for asylum in Germany are from the western Balkans."

The credibility of prospects of these countries joining the EU "has largely evaporated, and the poorest of the poor have abandoned hopes of improvement and ever achieving a life with dignity."