"I think that if we are realistic, we are able to reach an agreement on the first stage of this negotiation, the Brexit treaty, within six or eight weeks," Barnier told in a conference 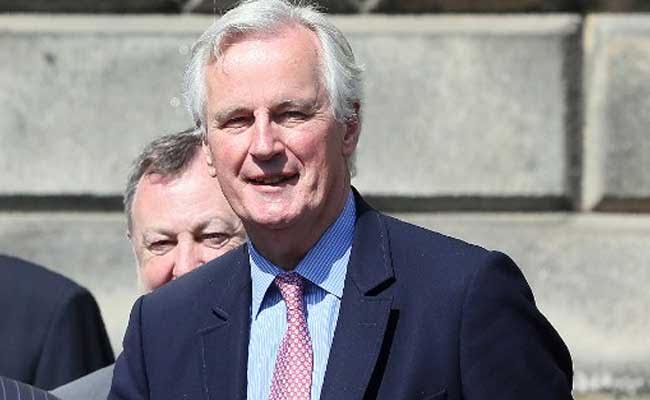 EU Brexit negotiator Michel Barnier said Monday it was "realistic" to expect an agreement on a divorce deal with London within the next eight weeks, striking an optimistic note as the clock ticks down to Britain's departure from the bloc.

The pound rose against the dollar on Barnier's comments, which come after weeks of increasing anxiety that an agreement to avoid Britain crashing out in a "no-deal" Brexit would not be reached in time.

British police chiefs have reportedly even drawn up contingency plans to deal with civil unrest in the event of Britain leaving the EU with no deal in place, citing fears of shortages of food and goods could lead to disorder.

"I think that if we are realistic, we are able to reach an agreement on the first stage of this negotiation, which is the Brexit treaty, within six or eight weeks," Barnier told a conference in Bled, Slovenia.

Barnier's comments may bring some relief to British Prime Minister Theresa May, who is under regular attack from within her own deeply divided party, with former foreign minister Boris Johnson launching a fresh broadside against her on Monday.

Johnson resigned from the government in July over May's plan for Britain to retain close trade ties with the EU after Brexit and rumours abound that he is plotting to try to oust the PM.

Last week Barnier told British MPs that a deal on the terms of Britain's divorce from the bloc was 80 percent agreed.

But he warned them it was at risk of being scuppered by any failure to strike a deal on the border between EU member Ireland and British-ruled Northern Ireland.

Britain is set to leave the bloc on March 29 and the two sides have said they want to reach the divorce agreement by an October 18-19 EU summit to give their parliaments enough time to endorse a deal.

But diplomats and officials in Brussels privately acknowledge this deadline is likely to be missed, and an emergency summit in November is on the cards.

Aside from the Irish border conundrum, the two sides are deadlocked over the future trading relationship between Britain and the remaining 27 EU states.

But officials in Brussels say that a concrete divorce agreement could be finalised as early as the first half of November and that future ties could be the subject of a political statement that would be fleshed out during a post-Brexit transition period.

(This story has not been edited by NDTV staff and is auto-generated from a syndicated feed.)
Comments
EUMichel BarnierBrexit