Mexican President Andres Manuel Lopez Obrador said in a speech at the presidential palace that intentional homicides had risen by 7.9 percent and extortion by 12.7 percent which is "fundamentally linked to so-called organized crime." 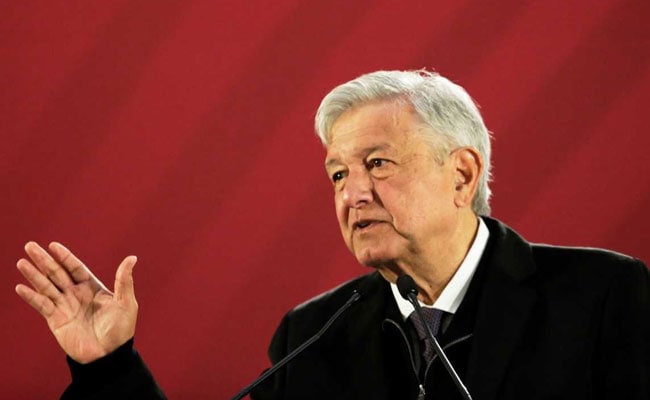 Mexican President said crimes such as kidnapping and street robbery have decreased since he took office.

Mexican President Andres Manuel Lopez Obrador acknowledged in a state of the nation address Tuesday that murders and extortion by organized crime gangs had increased since he came to power.

The left-wing populist, who took office in December 2018, is struggling to rein in violent crime widely blamed on the country's drug cartels and other criminal gangs.

Lopez Obrador said in a speech at the presidential palace that intentional homicides had risen by 7.9 percent and extortion by 12.7 percent which is "fundamentally linked to so-called organized crime."

He said that his administration's strategy was focused on "providing work, education and welfare for people who are at risk of being recruited by criminal groups, especially the young."

On the other hand, Lopez Obrador said, crimes such as kidnapping and street robbery have decreased since he took office.

The Mexican leader has been criticized by human rights groups for allowing the armed forces to continue to play a major role in the war on drugs, which was militarized in 2006.

But Lopez Obrador said that abuses had decreased on his watch.

"There is no more torture, disappearances, or massacres. Human rights are respected and the guilty are punished," he said.

More than 290,000 people have been killed in Mexico since 2006, according to official figures that do not specify how many of the cases are linked to organized crime.

Drug cartels are engaged in bloody turf battles in areas including the capital, where authorities say the powerful Jalisco New Generation has been expanding its presence at the expense of rivals.

The bloodshed comes despite lockdown measures aimed at curbing the spread of the coronavirus, which has killed some 64,000 people in Mexico and battered its economy.

Responding to criticism of his government's handling of the economic crisis, Lopez Obrador said Mexico had faced it with a formula "unique in the world."

Seven out of 10 Mexican families are receiving some type of state economic aid, he said.

"Now all the support and loans are delivered directly to reactivate the economy from the bottom up. Priority is not given to large companies and banks.

"Now, for the good of all, the people are rescued first," he said.