Thomas Markle told ITV's Good Morning Britain programme that "we're at a point where I think both of us, we should grow up, talk, make up for the sake of the children." 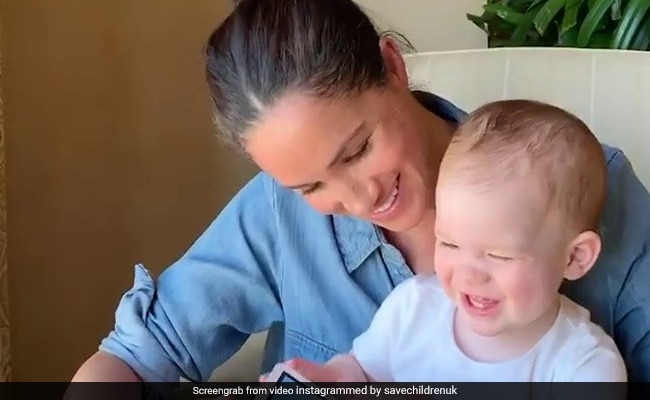 Meghan Markle's estranged father on Tuesday pleaded with his daughter to let him see his grandchildren.

Thomas Markle told ITV's Good Morning Britain programme that "we're at a point where I think both of us, we should grow up, talk, make up for the sake of the children."

"This is ridiculous, almost four years, it's crazy," he said.

He is yet to meet grandson Archie, born in 2019, or granddaughter Lilibet, who was born in June.

"My message for the kids is that they have two loving families," he said.

"Their great grandmother is the Queen of England, and I think it's important for them to know that they have two families and eventually they're going to grow up and they're going to want to know more about them."

The 77-year-old Emmy-winning former lighting director was interviewed from his home in Mexico.

He claimed that Meghan, who became the Duchess of Sussex on marrying Prince Harry, had wanted him to stop talking to her step-sister and step-brother, "and I couldn't".

"She's never been that way before. And once she hooked up with Harry, she changed," he added.

Thomas separated from Meghan's mother Doria Ragland when the duchess was young.

Ragland was at her wedding at Windsor Castle and has had tea with Queen Elizabeth II.

Thomas Markle declined to attend the wedding after he took part in staged paparazzi photos. He also cited forthcoming heart surgery. Meghan dropped contact with him soon after the wedding.

Harry and Meghan stunned the royal family last year when they announced they were stepping back from frontline royal duties.

They moved to Los Angeles, cutting financial ties with the royal family and signing a string of lucrative deals, including with the streaming giant Netflix, and Apple TV+.

But they caused controversy by accusing an unnamed senior member of the royal family of racism, in a tell-all interview with Oprah Winfrey that divided opinion on both sides of the Atlantic.