Meghan Markle, the US actress turned newly-wed wife of Britain's Prince Harry, closed her own car door, a wave of shock and awe rolled over Britain. 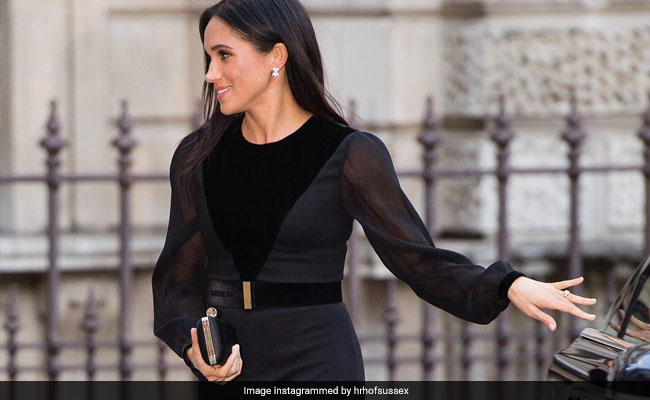 Meghan Markle leaves people in shock as she shuts own car door.

The gesture is so mechanical few people even notice it.

Yet when Meghan Markle, the US actress turned newly-wed wife of Britain's Prince Harry, closed her own car door, a wave of shock and awe rolled over Britain.

Videos of the brazen moment flooded social media and generated headlines that searched for adjectives to describe the momentous nature of what had just occurred.

"Meghan Markle leaves people in shock as she shuts own CAR DOOR on first solo engagement," the Express reported.

It included the footage: Meghan, 37, stepping out of a luxurious black sedan and being greeted on her arrival on Tuesday at her first solo engagement -- the opening of an exhibition at the Royal Academy of Arts in London.

The man in a tuxedo who welcomed her with a warm handshake and appeared to be preparing to close the door quickly swiped his hand over his mouth the moment Meghan, now the Duchess of Sussex, closed the door behind her back without looking.

The BBC summarised the mood of the nation in its own headline: "Meghan closes a car door and some people can't handle it."

Meghan's every smile, step and wave has been scrutinised by royalty watchers curious to see how the mixed-race American actress will perform in her new role.

She is adored by the public and shadowed at every appearance by the press.

Many saw it as a sign that Meghan remained a down-to-earth woman without pretences, despite being married to the grandson of Queen Elizabeth II.

"A princess who still takes the time to shut her car door," Emily Andrews, the royal correspondent for The Sun tabloid, tweeted. "Well done Meghan!"

But one royal correspondent tried to bring everyone back to their senses by noting that Meghan had not, in fact, breached any protocol.

"Usually royalty and dignitaries have someone to open/close car doors for security reasons: nothing to do with 'princess behaviour,'" tweeted William Hanson, an etiquette coach and columnist for the Daily Mail's website.

"Meghan clearly just shut the door out of force of habit."

(This story has not been edited by NDTV staff and is auto-generated from a syndicated feed.)
Comments
meghan marklemeghan markle shuts car doorroyal meghan