The fire started around after midnight on the Indonesian holiday island and quickly engulfed nearly 40 local vessels but no injuries were reported. 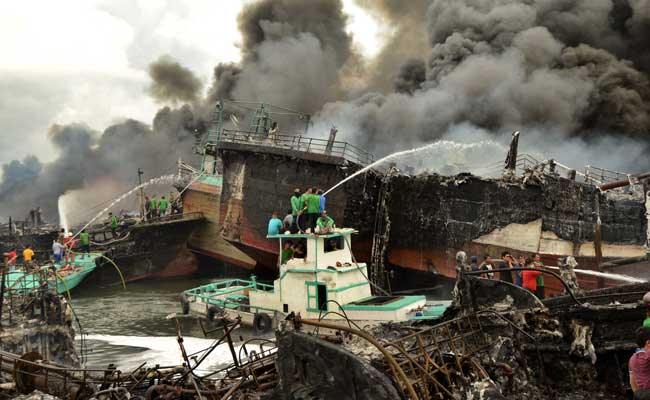 A massive fire laid waste to dozens of boats at a Bali port on Monday as firefighters battled to bring the dramatic blaze under control.

The fire started around after midnight on the Indonesian holiday island and quickly engulfed nearly 40 local vessels but no injuries were reported, police said.

"So far there are no casualties," Bali police spokesman Hengky Widjaja told AFP.

Images from Benoa port, which sits next to the popular tourist hub of Kuta, showed flames shooting into the night sky and huge plumes of black smoke.

Firefighters were still trying to put out the blaze by mid-morning.

Crew member Supriyanto, who goes by one name, said he had been asleep on his vessel when he awoke to see the upper part of the boat on fire.

The blaze quickly spread to nearby vessels including small cargo ships, he added.

Several witnesses said they suspected the fire was started by an electrical malfunction, but authorities said they were still investigating the cause.

Accidental blazes are common in Indonesia where fire safety regulations are often ignored.