A man suspected of setting off the explosion Monday morning in Midtown Manhattan was identified by authorities as Akayed Ullah. The blast, which occurred in the area of the Port Authority Bus Terminal, at 42nd St. and 8th Ave., resulted in serious injuries 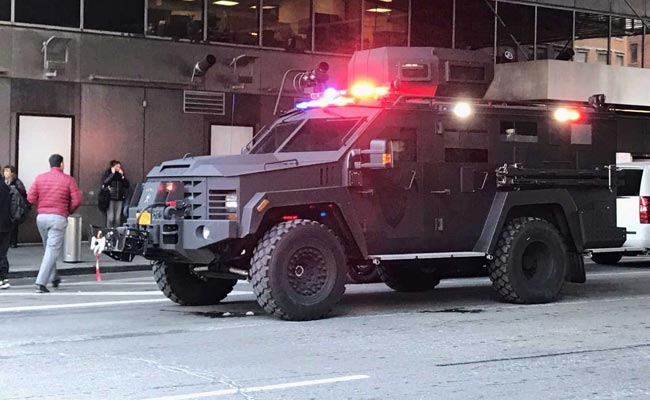 An armoured police truck occupies the street outside of the New York Port Authority. (Reuters)

Authorities said a low-tech device was detonated in the New York City subway in an incident that the mayor called "an attempted terrorist attack."

A man suspected of setting off the explosion Monday morning in Midtown Manhattan was identified by authorities as Akayed Ullah. The blast, which occurred in the area of the Port Authority Bus Terminal, at 42nd St. and 8th Ave., resulted in serious injuries to the suspect and minor injuries to at least three others, authorities said during a morning news conference.

Ullah sustained burns and lacerations to his hands and abdomen, authorities said. Police said he was taken to Bellevue Hospital for treatment and then taken into custody. Three other people also suffered minor injuries caused by being in the vicinity of the explosion, including ringing in the ears and headaches, police said.

"When we hear of an attack in the subways, it's incredibly unsettling," New York City Mayor Bill de Blasio told reporters. "And let's also be clear, this was an attempted terrorist attack. Thank God the perpetrator did not achieve his ultimate goals." 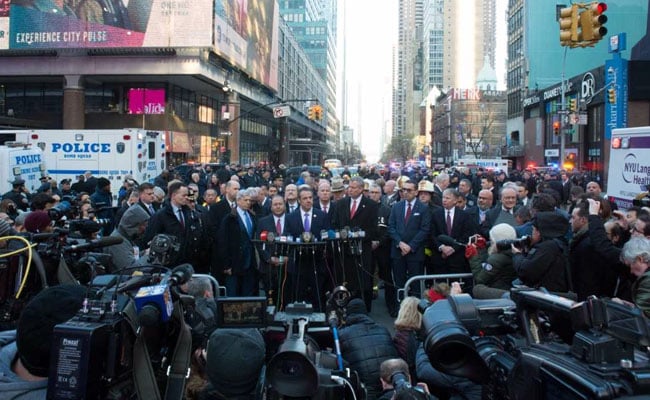 New York Gov. Andrew Cuomo, D, described the bomb as "an effectively low-tech device" and said he was grateful the only injuries were minor.

The blast took place in an underground passageway at the Port Authority subway station, at 42nd Street between 7th and 8th avenues, authorities said. The suspect was walking eastbound in the passageway at the time, during what would have been peak morning commute hours.

"The first news this morning was obviously very frightening and disturbing," Cuomo said. "When you hear about a bomb in the subway station, it is in many ways one of our worst nightmares. The reality turns out to be better than the initial expectation and fear."

The NYPD is investigating the explosion as a possible terrorism incident, according to law enforcement officials.

The suspect was carrying a homemade explosive device that appeared to be a pipe bomb of some kind, officials said. Investigators are trying to determine if the device may have detonated prematurely, or partially, when it exploded inside a subway station at 8th Avenue and 42nd street, officials said. The suspect, who was injured in the explosion but was expected to survive, was described as an immigrant from Bangladesh, officials said.

On MSNBC, former New York Police Department Commissioner Bill Bratton said the suspect is in his mid-20s, is possibly from Bangladesh and "was supposedly setting the device off in the name of ISIS," according to preliminary information from his police sources. ISIS is another name for the Islamic State, an extremist group that has urged its followers to wage attacks around the world.

"So, definitely a terrorist attack. Definitely intended," Bratton told the news network. "As to whether the device malfunctioned or didn't function correctly, that will have to be determined."

Bratton said the explosion took place in one of the passageways at the Port Authority subway station, although was not certain which one. Even the passageways would have been very crowded at that time in the morning, he added.

New Yorkers should expect to see increased police presence at all transportation hubs around the city immediately, he said. 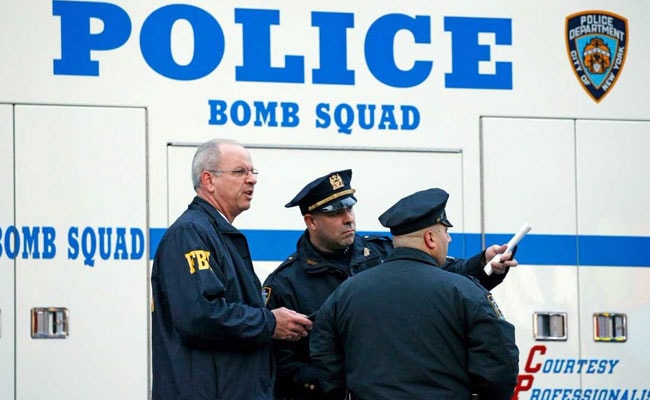 Bratton, who served two terms as the NYPD commissioner (one in the mid-1990s and the other from 2014 to 2016), said law enforcement officials for years have anticipated additional and more frequent attacks. A September 2016 bombing that injured 29 people in the Chelsea neighborhood in Manhattan took place on Bratton's last day of his second term.

"The pace is quickening, as we have been indicating that it would," he told MSNBC. "New York continues to remain the focus of interest. ... That is something that we can anticipate. These attacks are going to increase. That's the reality."

The explosion Monday came just weeks after a man driving a truck plowed through pedestrians and bicyclists on a path along the west side of Manhattan, killing eight people and wounding a dozen others. That driver, who survived, was taken into custody and told authorities that he carried out the attack in the name of the Islamic State.

The Port Authority Bus Terminal, which bills itself as the world's busiest bus terminal, is not far from Times Square. The incident occurred in the subway, a police spokesman said.

Details on how the suspect was apprehended were not immediately available, but the Port Authority Police Benevolent Association, a union representing Port Authority police officers, said on Twitter that the department's officers took down the suspect at gunpoint.

NYPD Commissioner James O'Neill told reporters during the news conference that the attempted attack was captured on transit system surveillance video, which investigators were studying. He did not answer questions about the suspect's background, citing the ongoing investigation.

According to the police, three subway lines - the A, C and E - were evacuated as a result of the blast. All subway trains were bypassing the Port Authority and Times Square stations, officials said.

Promoted
Listen to the latest songs, only on JioSaavn.com
President Trump was briefed on the incident Monday, according to the White House, and New York Mayor de Blasio, D, was briefed as well, his office reported.