Police said the man had set off an "improvised explosive device" as the audience was leaving the concert by US pop star Ariana Grande at Manchester Arena. 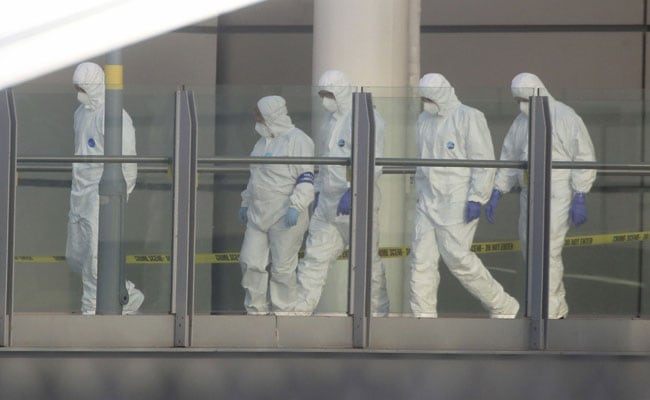 After the Manchester Arena concert attack, a fleet of ambulances was seen rushing to the venue. (Reuters)

Manchester, United Kingdom: The man behind a terror attack at singer Ariana Grande's concert in UK's Manchester late Monday died when he detonated his device, killing 22 others, including children and injuring 59 people, police said.

This is Britain's deadliest terror attack in 12 years.

Screaming fans, many of them teenagers, fled the venue in panic after the bomb blast at the end of the concert in the northern English city of Manchester on Monday evening as their parents waited in anguish.

"The arena was scarily still for five or six seconds, which felt like a lot longer, and then everybody just ran everywhere," Kennedy Hill, a teenager at the concert, told AFP.

Her mother Stephanie Hill said people were losing shoes and phones as they tried to escape the 21,000-capacity indoor Manchester Arena when the explosion went off in the foyer.

"There were fathers carrying their little girls in tears," said Sebastian Diaz, a 19-year-old from Newcastle.

Ambulances and bomb disposal teams rushed to the venue, as family members frantically searched for their loved ones, and residents opened their doors to stranded concert-goers after trains were cancelled.

Greater Manchester Police chief Ian Hopkins said Tuesday that there were children among the 22 dead, while 59 people were also injured.

"The attacker, I can confirm, died at the arena. We believe the attacker was carrying an improvised explosive device which he detonated causing this atrocity," he said.

Police believe the blast was carried out by one man and are trying to find out whether he was acting alone.

British Prime Minister Theresa May condemned the "appalling terrorist attack" and suspended her campaign for the general election on June 8 along with chief opposition leader Jeremy Corbyn.

Condolences poured in from political leaders across the globe and stars from the world of music and football. 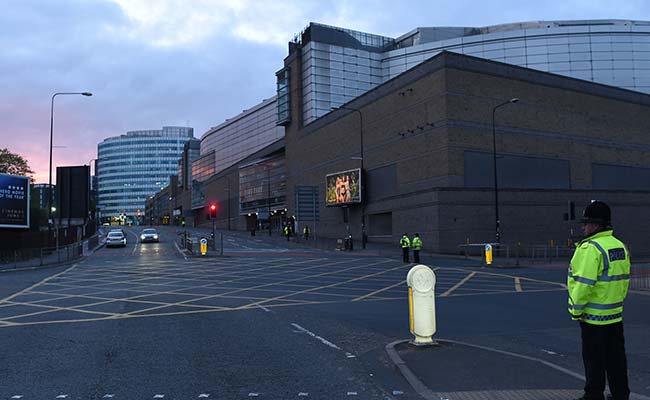 Police said school buses near Manchester Arena are operating as normal this morning after the blast. (AFP)

Home Secretary Amber Rudd described the attack as "barbaric" and "deliberately targeting some of the most vulnerable in our society -- young people, children out at a pop concert".

"The great city of Manchester has been affected by terrorism before. Its spirit was not bowed," said Rudd.

Britain's third biggest city was hit in 1996 by a massive car bomb planted at a shopping centre by the Irish Republican Army (IRA) which wounded more than 200 people.

May was due to chair an emergency ministerial meeting at around 0800 GMT.

Grande has reportedly suspended her world tour following the attack.

"Broken. From the bottom of my heart, I am so, so sorry. I don't have words," the 23-year-old, who is popular with teens and pre-teens, wrote on Twitter.

The attack was the deadliest in Britain since July 7, 2005 when four suicide bombers inspired by Al-Qaeda attacked London's transport system during rush hour, killing 52 people and wounding 700 more.
It also revived memories of the November 2015 attack at the Bataclan concert hall in Paris in which armed men wearing explosive belts stormed in and killed 90 people. That attack was claimed by the Islamic State jihadist group.

Police were called to the scene at the Manchester Arena, on the edge of the city centre, at 2133 GMT.

Police said the blast occurred within the stadium's foyer area, which connects the auditorium with Victoria train and tram station, a major transport hub on the northern edge of the city centre.

"You know a lot of these people at the concert were small children and teenagers like my daughter. These were Christmas presents for the majority of people. What should have been a happy occasion has ended like this, it is just tragic," witness Stephanie Hill told AFP.
Another witness, Gary Walker, told BBC radio he was hit by shrapnel in his foot and his wife sustained a stomach wound as they waited for their daughters.

"Someone came through the doors, then bang," he said.

The injured were being treated in eight hospitals across the city.
Facebook gave users in Manchester the option of marking themselves as safe following the explosion.

Hopkins said investigators were working with the national counter terrorism policing network and UK intelligence services to establish more details about the attacker.

The US Department of Homeland Security, Britain's biggest intelligence partner, said it was "closely monitoring" the situation.

In a city famed globally for its musical traditions and football teams, showbusiness stars and teams joined in to express their shock at the carnage.

"We are deeply shocked by last night's terrible events at the Manchester Arena. Our thoughts and prayers go out to all those affected," said Manchester United, who are in Stockholm ahead of Wednesday's Europa League final against Ajax.

Manchester City's captain Vincent Kompany wrote on Twitter: "I would like to express my deepest condolences to the families of the victims. It's a sad day for the great city of Manchester. #Unity".
Condolences poured in from world leaders.

EU president Donald Tusk wrote: "My heart is in Manchester this night," while French President Emmanuel Macron said he was "horrified".

The pop world also rallied, with Katy Perry tweeting: "Praying for everyone at Ariana Grande's show."