The man was covered in grease and oil and was trapped in such a condition that he could not move. 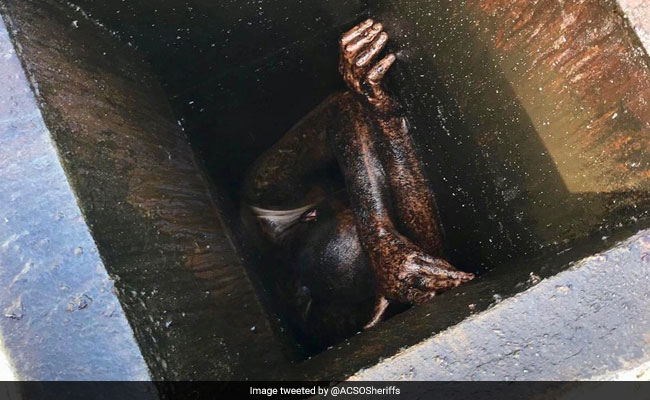 For more than a day, Igor Campos could swear he was hearing strange noises around his business at a strip mall in San Lorenzo, California.

"I keep hearing this uhhh, uhhh, uhhh," Campos told KGO-TV, imitating the mysterious moaning sound. "But then I'm like, 'Well, who can it be?' "

Chef Kwong, the Chinese restaurant next to Campos's tax preparation business, was shuttered and vacant, so it couldn't have been coming from there - or so he thought.

Finally, on Wednesday morning, Campos went to check out the restaurant he had assumed was empty. To his shock, he soon discovered the sounds had been coming from within the walls: There was a man trapped inside the grease duct above the stove area.

"Then I start asking questions, like 'What's your name?' " Campos told the news station. "And he's like, 'Oh, just please help me! Get me out of here!' And I'm like, 'OK, but what is your name? What are you doing there? ... I'm not trying to hurt you, I'm trying to help you.' "When authorities arrived, all they could see of the man was a shoe and part of his leg, peeking out from a gap in the vent.

"The man was covered in grease and oil and was trapped in such a condition that he could not move," the Alameda County Sheriff's Office said in a statement.

It took nearly an hour for firefighters to cut away sheet metal from the bottom of the duct to free the man. First responders ruled out trying to extract him by bringing him back up the five-foot shaft because of sharp edges lining the inside of the duct.

"I describe it like a boa constrictor's teeth: They only go one way," Alameda County sheriff's spokesman Ray Kelly told The Washington Post. "To bring him back through the shaft would have cut him up. ... He was also so slippery that he could have fallen back down into the chute and we would have been in the same boat."

Once rescued, the man was taken to a hospital to be treated for exhaustion and dehydration, and is expected to recover. 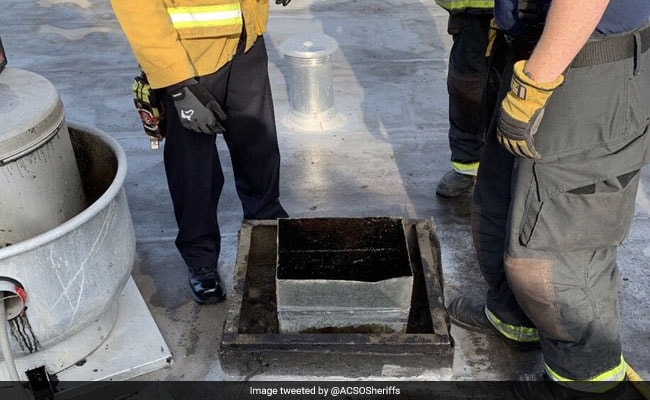 Kelly said they estimated the man had been stuck inside the grease vent for two days.

"This could have been something way more serious," Kelly said. "Given another day or so, it's very likely he could have died."

Authorities did not release the man's name, only identifying him as a 29-year-old man whose case would be submitted to the district attorney. Kelly told KRON News burglars have been known to break into vacant businesses to steal copper wire or plumbing and recycle it for money.

A trespassing and vandalism investigation is underway, the sheriff's office said.

Kelly noted the man has not yet been arrested, though authorities are hoping to ensure he is responsible for covering the damage to the Chinese restaurant.

"We're looking at a couple misdemeanor charges. But we thought, in the spirit of the law, we would let him go and submit the report at a later time," Kelly said. "He'd been through, obviously, a lot after two days stuck in there."