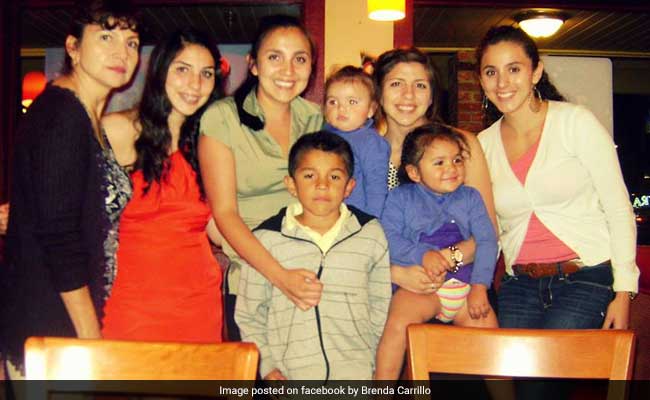 Diana Carrillo, a business analyst from Orange County, California, posted about the incident on Facebook.

California: It was girls' day out, and Diana Carrillo had abandoned her desire to eat healthy well before she, her sister and two friends got to the Southern California restaurant. The destination: Saint Marc, an upscale spot in the seaside city of Huntington Beach, where Carrillo had been once before.

As the waiter walked up to the table, Carrillo figured she'd splurge on the grilled-cheese sandwich and pay the $2 up-charge to add some of the restaurant's signature bacon. To start, maybe she'd share a watermelon and cheese plate with her sister and friends.

But the mood soured quickly after the waiter appeared. Before he could serve the four Latina women, he said, they needed to show proof of residency. "I need to make sure you're from here," he said.

Flummoxed, the four women handed over their IDs. But as what was happening sank in, they fumed. "I looked at my sister and (my friend), and I said, did he really just say that?"

A few moments later, they walked over to the manager and told him what had happened. He offered them a separate section and his business card to make things right - but they had already decided to leave.

"For a few seconds I thought maybe he was being a smart a-- or joking but the fact that he said 'I need to make sure you're from here before I serve you' was completely unacceptable.

"How many others has he said this too? I hope this employee is reprimanded for his actions. No establishment should tolerate discriminatory actions from their employees. PLEASE SHARE WITH YOUR FAMILY AND FRIENDS!"

People did. In a week, Carrillo's post had been shared more than 600 times, and more than 100 people had posted comments.

Seeing the social media backlash, the restaurant's management contacted Carrillo that Monday. They offered a VIP experience at the restaurant and pledged to donate 10 percent of the weekend's proceeds to a nonprofit organization of the group's choice. The four women declined the lavish meal, but asked that the restaurant donate the money to Orange County Immigrant Youth United.

Kent Bearden, the senior director of operations at Saint Marc, told The Washington Post that the waiter who had asked for the women's IDs had been fired. It was the first time the employee had done anything like this, Bearden said, and he "had never received so much as a write-up" before.

"I don't know if he had an agenda or not," said Bearden. "My concern is he violated a company policy. We're very specific about how we treat out guests. That individual did not treat a table of guests to the expectations that we set forth in that company policy, and that caused him to be terminated."

Bearden stressed that the employee's actions "are something that you can't control. The true measure is how you then handle it as a company. I feel very proud of our team and how we tried to take a proactive approach, trying to create a positive out of this situation."

Carrillo said she'd been warned about this kind of treatment by her parents but had never experienced it firsthand. She told The Post that she wondered if the employee's insulting request was a result of "who is president."

The Southern Poverty Law Center recorded nearly 1,100 "bias-related incidents" in the month after President Donald Trump's election, including 125 in California. The group says such acts of harassment and intimidation have tapered off since then.

Carrillo's parents both immigrated to the United States and still speak with accents. They worked hard to raise four girls, said Carrillo, who spent two years of high school in boarding school in New Hampshire.

Still, her mother said she worried about the discrimination her daughters would face. "She always told us, 'I can handle discrimination,'" Carrillo said. "I know it's part of my life." She still remembers her mother telling stories of people making fun of her for not speaking proper English.

Hoping to not dredge up painful feelings, she decided not to tell her mother about the incident at the fancy restaurant.

Promoted
Listen to the latest songs, only on JioSaavn.com
"I actually didn't tell her," Carrillo told The Post. "I didn't want to upset her. But she saw it on Facebook, and she called me the same day. I forgot she had Facebook."