Najib lost power in 2018 when his party, which had governed the Southeast Asian nation for six decades, was defeated at the polls after he became embroiled in a financial scandal. 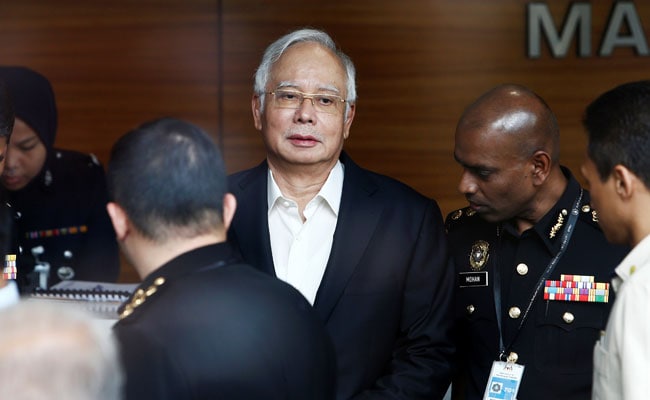 Najib Razak insisted he had always paid his taxes.

Malaysia's scandal-plagued former prime minister Najib Razak is facing bankruptcy for allegedly failing to pay more than $400 million in taxes, which could bring his political career to an end.

Najib lost power in 2018 when his party, which had governed the Southeast Asian nation for six decades, was defeated at the polls after he became embroiled in a financial scandal.

The leader and his cronies were accused of stealing billions of dollars from state investment fund 1MDB, and he has since been convicted and sentenced to 12 years in jail in the first of several trials he is facing over the fraud.

If he is declared bankrupt, the ex-premier will lose his seat in parliament and be barred from standing in elections.

The 67-year-old insisted he had always paid his taxes, and that the case against him is politically motivated.

"I will continue to stand up and fight against every attempt to bully and intimidate me by those in power," he wrote on Facebook, adding he had asked his lawyers to try to get the proceedings halted.

The prospect of bankruptcy comes as different factions battle for control of Najib's party, the United Malays National Organisation, of which he remains an influential member.

Despite his involvement in the 1MDB scandal, Najib is still a popular figure, with more than four million Facebook followers.

He began an appeal against his conviction over the 1MDB scandal last year. He denies any wrongdoing.