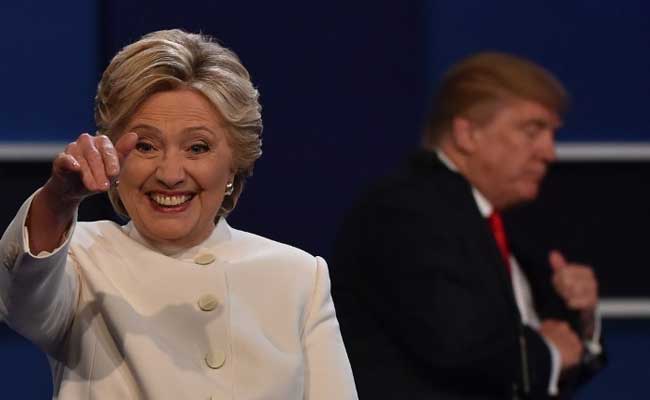 Washington: A majority of registered US voters, or 52 per cent, agree with Donald Trump's accusation that the US media is biased in favour of his Democratic rival Hillary Clinton, according to a latest Gallup poll.

Republican presidential nominee Trump frequently accuses the media of biasing its coverage of the 2016 election campaign in favour of Clinton.

A majority of registered voters (52 per cent) agree with Trump while eight per cent think the media favours him and 38 per cent perceive no media bias.

Therefore, not only do the slight majority of US registered voters believe the media is biased in favour of Clinton, but 87 per cent of voters who perceive any media bias believe that bias favours Clinton, Gallup said.

The findings released on Thursday are based on Gallup Daily tracking data collected October 27-28, 2016. About half of respondents were interviewed prior to the Friday release of a letter from FBI Director James Comey to Congress about the discovery of additional emails that might pertain to the FBI's investigation into Clinton's use of a private email server while she was secretary of state.

Perceptions of media bias did not differ significantly between the two days, Gallup said.

Americans' perception of media bias is stronger in this election than during the 2004 presidential campaign, the only other time Gallup has asked the question.

In October of that election year, 45 per cent of registered voters believed there was no media bias, seven percentage points higher than today. Further, there was a bit more parity in perceptions of which party benefited from media favoritism, with 35 per cent saying it was biased in favor of Democrat John Kerry and 16 per cent in favour of Republican George W Bush.

Among registered voters who perceived media bias, 69 per cent thought that the bias favored Kerry in 2004, 18 points lower than the perceived bias favoring Clinton in 2016.

Voters' perceptions of media bias in 2016 are closely related to their underlying opinions of Clinton and Trump. Among voters who have a favourable opinion of Trump, 90 per cent say that the media is biased in favour of Clinton. By contrast, nearly two-thirds (63 per cent) of those who view Clinton favourably say the media is not biased toward either candidate.

Notably, more of these Clinton supporters believe the media is biased toward her over Trump, 23 per cent vs. 13 per cent, respectively.

Promoted
Listen to the latest songs, only on JioSaavn.com
Voters' perceptions of media bias in 2016 are also related to political party affiliation. Majorities of Democrats (63 per cent) and independents (52 per cent) do not believe that the media is biased toward either candidate.