Major Fire Breaks Out On US Navy Ship In California, 11 Sailors Injured: Report

Scenes broadcast by CNN showed thick smoke billowing from large sections of the ship, as fireboats used water cannon to try to control the blaze. 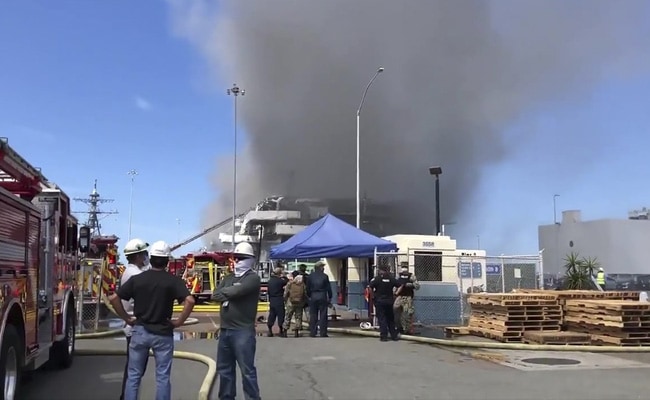 An explosion on a United States Navy ship moored at a base in California set off a major fire on Sunday injuring 21 people, officials and local media said.

The USS Bonhomme Richard, an amphibious assault vessel, was in port in San Diego for maintenance when the explosion erupted.

Thick smoke could be seen billowing from large sections of the ship, as scenes broadcast by CNN showed fireboats using water cannon to try to control the blaze. 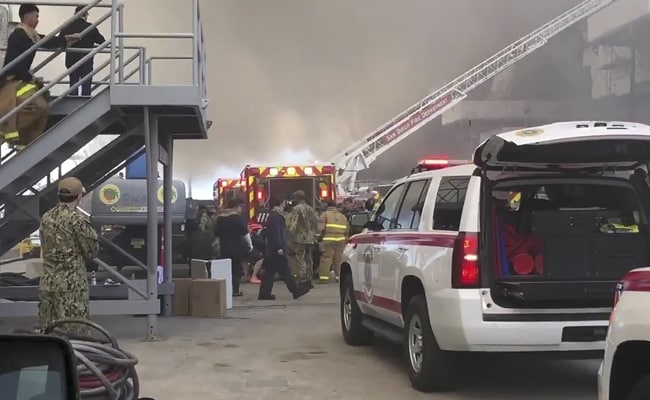 Colin Stowell, head of the San Diego fire department, told CNN that the fire could go on "for days" and "just burn down to the waterline."

The cause of the explosion was not immediately clear.

About 160 sailors were on board at the time. San Diego is the ship's home port.