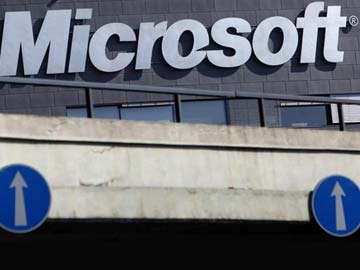 New Delhi: As Microsoft ends support for its popular Windows XP on April 8, the overall annual maintenance bill for Indian firms with PCs running on this operating system, especially banks and financial institutions, could shoot up to $192 million (about Rs 1,190 crore).

The US-based software giant today said its PC install base for large enterprises in India is about 4 million units, of which around 84 per cent have migrated from the Windows XP.

According to research firm IDC, the cost of maintaining a PC that runs on Windows XP OS after April 8, could run up to $300 per PC per year, as against the present cost of $75-100.

"Our customers use Windows OS to run critical processes, which help them at work and in their lives. It is important for them to move from XP. At present about 84 per cent have stopped using this," Microsoft India Managing Director Karan Bajwa said here.

Of the 16 per cent still using Windows XP, BFSI segment and state-owned enterprises have the lion's share (35 per cent each) followed by manufacturing, communication, IT-ITeS, etc, he added.

With 28 "working days" left for businesses in India to secure their IT environments and migrate from Windows XP to a higher version, Indian firms have shown a significant momentum in adopting Windows 7/8, Bajwa said.

"This is a genuine threat to Indian businesses and it is worrying to see that many organisations in critical industries, for example banking, aren't moving quickly enough," he added.

Microsoft India GM (Windows Business) Amrish Goyal said that in order to help firms who are migrating from Windows XP, the company will provide extended support after April 8 like some level of anti-virus support for about a year.

"We will provide some support after April 8, but it will not be for underlying vulnerabilities," he added.

Of the 84 per cent PCs that migrated from Windows XP, about 25 per cent made the transition in the last 12-18 months, Goyal said.