The quake, which had a depth of 10 kilometres, struck 17 kilometres south-southeast of Borazjan city at 6:49 am (0319 GMT), the US Geological Survey said on its website. 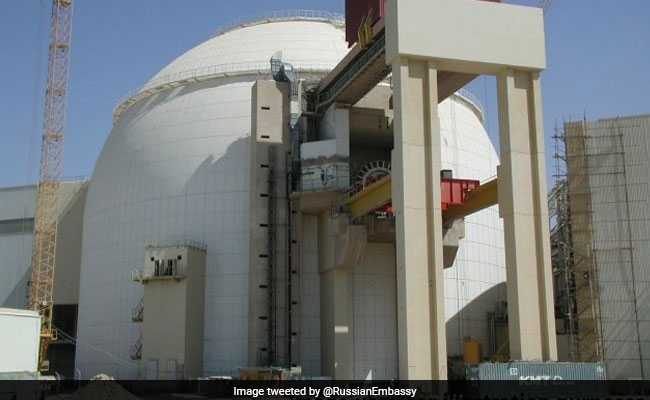 The Bushehr nuclear plant was completed by Russia and officially handed over in September 2013. (File)

A magnitude 4.5 earthquake on Wednesday rattled an area less than 50 kilometres (30 miles) from Iran's Bushehr nuclear power plant near the country's Gulf coast, a US monitor said.

The quake, which had a depth of 10 kilometres, struck 17 kilometres south-southeast of Borazjan city at 6:49 am (0319 GMT), the US Geological Survey said on its website.

So far, there were no reports of any deaths or damage, IRNA said, citing Jahangir Dehghani, the head of Bushehr's crisis management centre.

The latest quake comes exactly a fortnight after a magnitude 5.1 earthquake hit the same area, without causing any casualties or major damage.

The Bushehr plant, which produces 1,000 megawatts of power, was completed by Russia after years of delay and officially handed over in September 2013.

In 2016, Russian and Iranian firms began building two additional 1,000-megawatt reactors at Bushehr. Their construction was expected to take 10 years.

(Except for the headline, this story has not been edited by NDTV staff and is published from a syndicated feed.)
Comments
Earthquake In IranBushehr power plantBorazjan