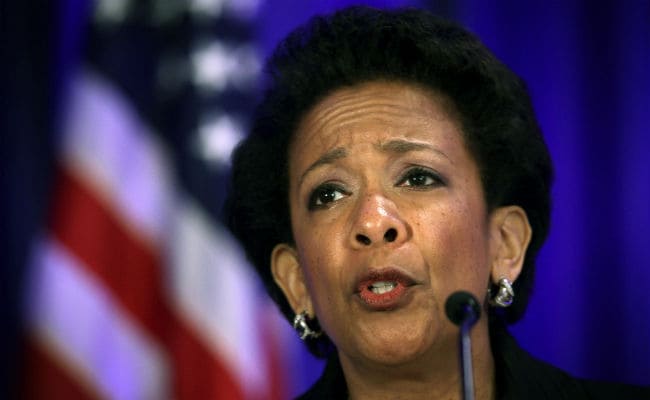 Washington: Attorney General Loretta Lynch is expected to face questions about policing and race, as well as the Justice Department's decision not to bring charges against Hillary Clinton over her use of private email while secretary of state, in a House hearing.

Lynch was to appear on Tuesday before the House Judiciary Committee, where she's expected to be asked about police interactions with minorities in the aftermath of a violent week that brought that issue to the forefront.

The Attorney General last week appealed for calm one day after a sniper who said he wanted to kill whites fatally shot five police officers in Dallas. The attack began during protests over the police killings of Philando Castile, who was fatally shot near St Paul, Minnesota, and Alton Sterling, who was shot in Baton Rouge, Louisiana, after being pinned to the pavement by two white officers.

Lynch, who was sworn in as attorney general on the same day as racially tinged riots occurred in Baltimore, has repeatedly said that one of her top priorities in office is to improve relationships between police and the communities they serve.

She made the announcement a day after FBI Director James Comey recommended against prosecution, saying there was no evidence that Clinton or her aides intended to violate laws governing classified actions.

She also caused a stir following a meeting with Bill Clinton last month aboard her plane in Phoenix that she said was unscheduled. Though she said the two did not discuss the Hillary Clinton email investigation, she expressed regret for the meeting and acknowledged that it had "cast a shadow" on the public perception of the Justice Department's independence. Lynch then said that she would accept whatever recommendation the FBI and her prosecutors presented.

Lynch is also likely to be asked at the hearing about the June 12 massacre inside a gay nightclub in Orlando, Florida that left 49 dead.