Emmanuel Macron added that Trump will not go to Tehran "so they have to meet now." 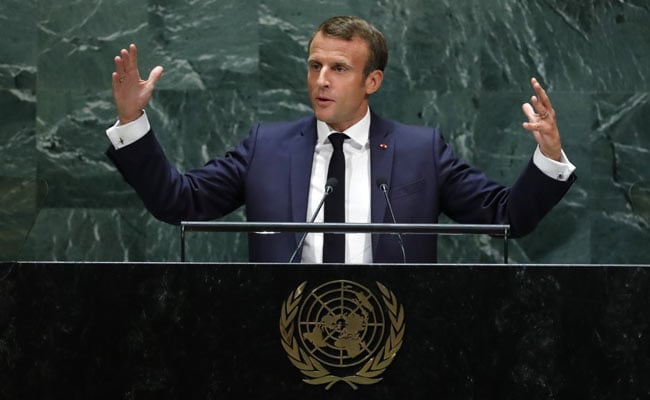 French President Emmanuel Macron said that this week's UN summit would be a "lost opportunity" if his Iranian counterpart Hassan Rouhani does not meet US President Donald Trump.

In a three-way chat with British Prime Minister Boris Johnson, a smiling Macron said that if Rouhani "leaves the country without meeting with President Trump, honestly this is a lost opportunity because he will not come back in a few months."

France's leader added that Trump will not go to Tehran "so they have to meet now."

Speculation has been rife about whether the leaders of the arch-foes will meet on the sidelines of the United Nations General Assembly in New York.

Trump has said that no meeting has been scheduled but that he would not rule anything out.

Macron has been leading efforts to set up a historic rendezvous between the leaders whose nations have been enemies for four decades.

He hopes that a tete-a-tete could help diffuse tensions between Iran and the United States, which have soared in recent months and seen Washington tighten sanctions on Tehran.

Johnson said he agreed with Macron that Trump and Rouhani should meet.

"You need to be on the side of the swimming pool and jump at the same time," the British leader told Rouhani.

(Except for the headline, this story has not been edited by NDTV staff and is published from a syndicated feed.)
Comments
Emmanuel MacronDonald Trump