Like Uber, But For Organs: First Kidney Delivered By Drone

The drone, which required a special clearance from aviation regulators, took off at 1:00 am on April 19 and flew at a height of 400 feet (120 meters) for about ten minutes before touching down at its destination. 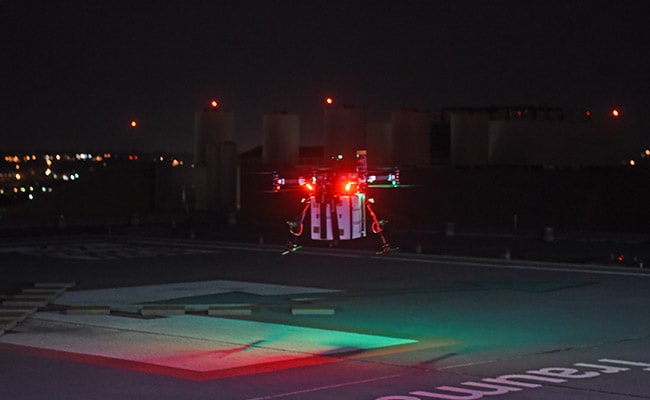 There were over lakh people on wait list for organ transplant in 2018 in US: United Network

A kidney needed for transplantation has been delivered by a drone for the first time ever, the University of Maryland Medical Center said, a development that could herald faster and safer organ transport.

The specially designed high-tech drone was fitted with equipment to monitor the kidney along its three mile (five kilometer) journey to its recipient: a 44-year-old woman from Baltimore who had spent eight years on dialysis before the procedure.

The drone, which required a special clearance from aviation regulators, took off at 1:00 am on April 19 and flew at a height of 400 feet (120 meters) for about ten minutes before touching down at its destination.

Doctor Joseph Scalea, who was among the team of surgeons that performed the transplantation, hailed the project's success and said drone deliveries could help overcome delays that destroy an organ's viability.

"The next run could be over 30 miles, or 100. The distance is relatively unimportant," he told AFP Wednesday. "The most important part is, we were able to implement drone technology into the current system of transplantation and transportation."

According to the United Network for Organ Sharing, there were nearly 114,000 people on waiting lists for an organ transplant in the US in 2018.

Scalea, who has founded a company that manages data for organ shipments, likened the system to an Uber-like service that would prove eventually prove less costly.