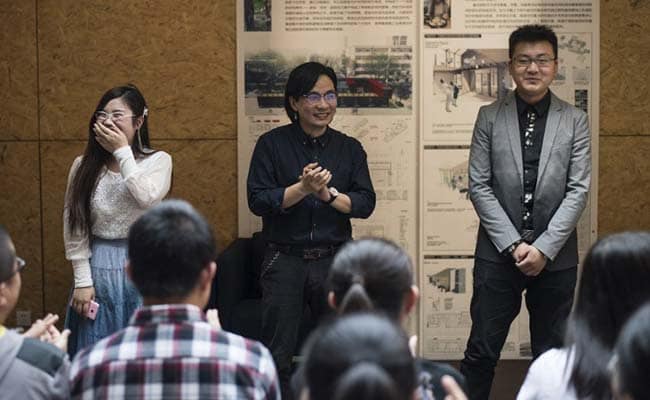 Tianjin, China: Chinese university tutor Xie Shu's core subject is Communist ideology, but he has diversified from the dry annals of political doctrine for a more hands-on subject: seduction.

His "Theory and Practice of Romantic Relations" course at Tianjin University includes lectures on pick-up techniques, self-presentation and how to entice the opposite sex.

"How should you react when you've been rejected?" Xie asked his young charges at one lecture, in a cafe on the campus in the northern port city. "Clearly, don't throw the roses that you bought the girl at her -- keep calm."

Tianjin is China's first university to integrate such a course into its curriculum, giving students credit towards their degrees for attending -- an indication of slowly loosening social norms in China after decades of more straight-laced traditionalism.

It also demonstrates officials' increasing concern over the social acumen of the country's youth -- many of whom grew up as pampered "Little Emperors" without brothers or sisters as a result of China's one-child policy.

"The generation of only children lack relationships with people their own age," China's most prominent sexologist Li Yinhe told AFP, adding: "A boy who has a sister might have a better understanding of how to interact with a girl."

At the cafe Xie flipped through Powerpoint slides, showing the boys how to "upgrade their look" by avoiding "tank tops and long shorts", and urging them not to "ask girls questions like it's a police investigation". 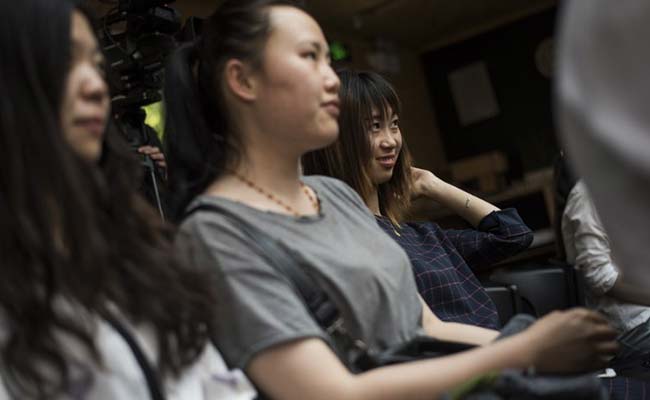 "Be courteous. Serve the girl before yourself. But don't go overboard, either," he advised.

His female charges, he suggested, should run their hands through their hair and "look the boy in the eye even if they feel intimidated".

Sitting towards the back of the pack, Zijun Qian, 23, who has never had a relationship, diligently typed up the teacher's advice on her laptop.

"When I learned that a class like this existed, I thought it was incredible," she said.

Xie occupies a particularly Chinese academic role as a fudaoyuan, who instructs students in Marxism-Leninism-Mao Zedong Thought as well as social counselling, but his authority on the issue of relationships is open to question.

He is single, he admitted sheepishly. "I don't have a wife or a girlfriend," he laughed, "which is a bit embarrassing".

Many young Chinese entering university have little practical experience in matters of the heart.

Conservative attitudes are widespread and most simply have not had time to date in high school, due to the intensive study necessary to pass the dreaded "gaokao" exam, which determines college placement and is seen as a key to one's future.

Parents generally frown upon relationships that might distract their children from their all-important studies. 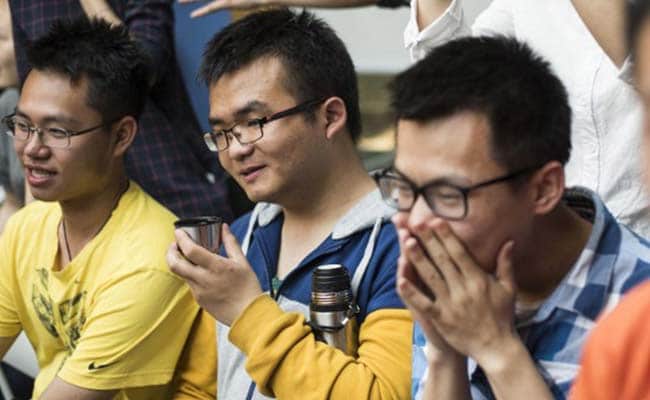 Chinese students having a laugh as they attend a sex ed course. (AFP Photo)

As soon as students graduate from university, however, the opposite becomes true: families often push for them to marry quite quickly -- preferably before 27 for girls and before 30 for boys -- prolonged singledom can prompt taunts, concerns, and unrelenting pressure.

Even as China's economy boomed between 2000 and 2015, transforming material wealth, the average age for first time sexual intercourse declined only fractionally, from 22.7 years to 22 years, according to a study from the Renmin University Institute of Sexology.

"The Chinese are reserved. This is why when students begin a relationship, they're certainly enthusiastic, but they're especially clueless," said Cang Jingnuan, an author who writes on gender relations.

"Often, their parents married more for social convention than for love, and are unable to advise their children when it comes to matters of seduction," she added.

For many parents, the ideal son-in-law is one capable of providing material comfort to their daughter, particularly in the form of an apartment.

"Thanks to its high-speed development of the past 30 years, China is not only in a state of economic transition, but also a romantic one," said Pan Xingzhi, a high-profile Chinese relationship counsellor.

"Girls, in particular, often don't know how to balance their feelings and outside expectations."

The Tianjin programme is the brainchild of Wang Rui, 23, the co-founder of a student social club at the university.

"Some students are desperate to have an experience while in university, at any cost, no matter with whom," she said. "But we teach a correct take on love."

Other than flirtation, the course includes seven other sessions on topics ranging from the psychological to the pragmatic, with titles such as "Before You Love Others, You Must Love Yourself" and "The Legal Problems of Romantic Relationships".

But sex is not on the curriculum. The country's traditionalism means only a minority of its schools have sex education and Xie explained: "We don't teach the students to kiss; just how to break the ice and communicate with the opposite sex."

Even so student Wang Huan, 22, welcomed Xie's classes. "Before I went to university, my parents refused to allow me to have a boyfriend," she explained.

"When you have no experience, the main source of information about love is South Korean TV dramas."