Facebook has termed the death of 38-year-old Qin Chen as suicide after a protest and a vigil march were held outside its headquarters last week. 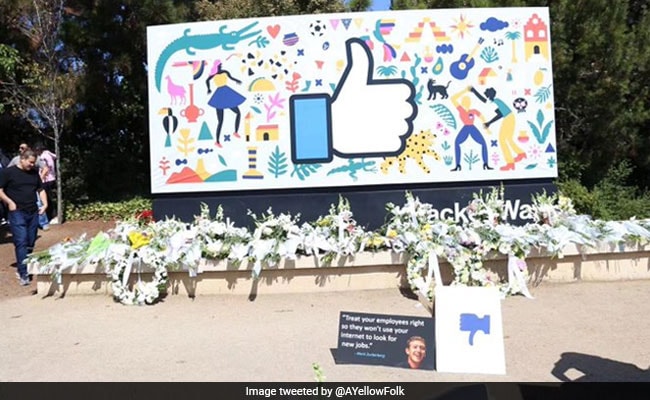 A group called "Justice for Qin" last week shared photos of the protest and vigil.

The family of a Facebook employee, who allegedly committed suicide at the Menlo Park-based headquarters, is taking the social networking giant to court.

Facebook has termed the death of 38-year-old Qin Chen as suicide after a protest and a vigil march were held outside its headquarters last week.

There were rumours that Mr Chen, who jumped from a building at the campus on September 19, might have endured bullying at Facebook.

In an announcement posted to its website and on social media on Monday, Washington DC-based law firm Sanford Heisler Sharp said it represented "the family of the Facebook employee who was involved in the tragic suicide on Facebook's campus."

"Our firm is conducting an investigation into the circumstances surrounding the death," said the announcement, signed by firm's chairman David Sanford, and Qiaojing Ella Zheng, senior counsel in the firm's San Francisco office.

"There seems to be conflicting information about the circumstances related to the death. We are sorting through inconsistent reports in an effort to determine the truth for the family," the post read.

On Twitter, a group called "Justice for Qin" last week shared photos of the protest and vigil held on behalf of Chen.

The group was demanding an internal investigation into the work conditions at Facebook, calling their campaign "We deserve the truth".

"We urge full investigation and further action from Facebook to prevent future tragedies," they said.

A Facebook spokesperson said: "We are saddened by the tragic news that we lost one of our employees, Qin Chen, to suicide last week at our Menlo Park headquarters. And, we are doing everything we can to support his family and loved ones during this time".

According to the law firm, they have met with Facebook attorneys and representatives and will continue those conversations with Facebook in the days and weeks to come.