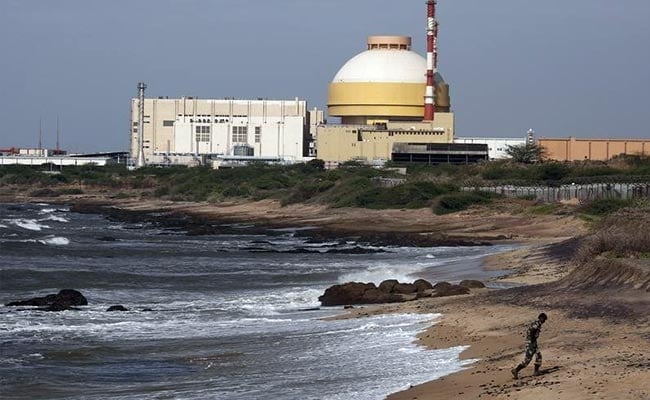 Chennai: The second 1,000 MW atomic power unit at the Kudankulam Nuclear Power Project (KNPP) that suffered an outage on Monday due to a problem in its steam dump valve is expected to start operations on Friday, said a senior official of Nuclear Power Corporation of India Ltd (NPCIL).

"Due to some problem in the steam valve, the unit was shut down on Monday. We will be opening the valve today (Tuesday) to set right the issue. We expect the unit to start generating power on April 7," HN Sahu, Site Director, Kudankulam Nuclear Power Project (KNPP) told IANS on Tuesday.

Kudankulam is in Tirunelveli district around 650 km from Chennai.

According to Power System Operation Corporation Limited (POSOCO), the nuclear power unit is under forced outage from April 3 "to rectify the passing of steam dump valves to condenser in secondary side".

"Only on March 31, it was declared as commercially stabilised and this tripping happens within three days," said G Sundarrajan, an anti nuclear power activist and who had filed cases against setting up of atomic power plant at Kudankulam.

Speaking about Unit 1, Sahu said it will be shut down on April 13 for refuelling purposes.

"The first unit will be shut down for around 55 days," Mr Sahu said.

Promoted
Listen to the latest songs, only on JioSaavn.com
This coming refueling cycle will be the second for Unit 1.

Meanwhile, the first 220 MW unit of Madras Atomic Power Station (MAPS) belonging to NPCIL under annual maintenance shut down is expected to come into operation from April 27 onwards.