The 44-year-old opposition politician said he planned to have physiotherapy and might follow treatment at a rehabilitation centre to regain his motor skills, including the full use of his left hand. 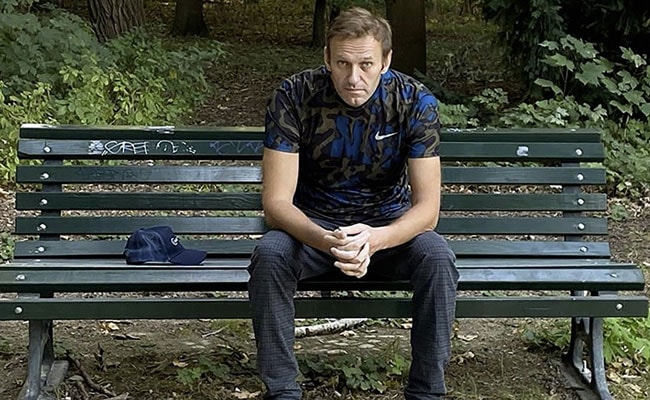 Alexei Navalny thanked doctors at Berlin's Charite hospital for the treatment he had received.

Kremlin critic Alexei Navalny made his first public appearance on Wednesday after being discharged from a Berlin hospital where Germany said he was being treated for poisoning by a potentially deadly nerve agent.

Navalny was flown from Russia to Berlin last month after falling ill on a domestic flight in Siberia. The West has demanded an explanation from the Kremlin, which has denied any involvement in the incident and said it has yet to see evidence of a crime.

A casually-dressed and tired-looking Navalny posted a picture of himself on a park bench on Instagram on Wednesday after the hospital treating him announced he had been discharged.

The 44-year-old opposition politician said he planned to have physiotherapy and might follow treatment at a rehabilitation centre to regain his motor skills, including the full use of his left hand.

"After 32 days in the hospital, doctors decided that further recovery does not require in-patient care, but a normal life. Walking, spending time with my family. Immersing myself in a daily routine," he wrote.

"My plans are so far simple: (go to) the physiotherapist every day. Possibly a rehabilitation centre. Stand on one leg. Regaining complete control over my fingers. Maintain my balance."

He thanked doctors at Berlin's Charite hospital for the treatment he had received.

His allies have said he plans to return to Russia one day, but Navalny made no reference to such plans on Wednesday.

The German government says tests in Germany, France and Sweden have determined he was poisoned with a Novichok nerve agent.

Novichok is the same substance that Britain said was used against a Russian double agent and his daughter in an attack in England in 2018. The deadly group of nerve agents was developed by the Soviet military in the 1970s and 1980s.

The Kremlin said that President Vladimir Putin's entourage did not have access to such substances.

Charite hospital said Navalny's condition had improved sufficiently for him to be discharged from acute inpatient care.

"Based on the patient's progress and current condition, the treating physicians believe that complete recovery is possible. However, it remains too early to gauge the potential long-term effects of his severe poisoning," it said.

Navalny received treatment at the hospital for 32 days, of which 24 days were spent in intensive care, it said.

Kremlin spokesman Dmitry Peskov said that Russian authorities were pleased Navalny was recovering and that he was welcome back in Russia, just like any other citizen.

Peskov reacted angrily, however, to an article on Tuesday in French newspaper Le Monde which cited unnamed sources as saying Putin had told Emmanuel Macron in a Sept. 14 phone call that Navalny may have poisoned himself.

Le Monde, which said Macron had rejected Putin's hypotheses, reported that the Russian leader had told Macron that Navalny was a troublesome blogger who had tried to blackmail government officials with corruption allegations and that it was worth exploring whether Latvia had any involvement in the case.

Peskov said there were many inaccuracies in the French report and said the newspaper was not in a position to know the details of what Putin and Macron had discussed.

"What a great theory. I reckon it deserves the closest possible study. I cooked up some Novichok in the kitchen and quietly sipped it from a flask on the plane and then fell into a coma," he wrote.