Kim Yo Jong's comments came on the 20th anniversary of the first meeting between top leaders of the divided Koreas. 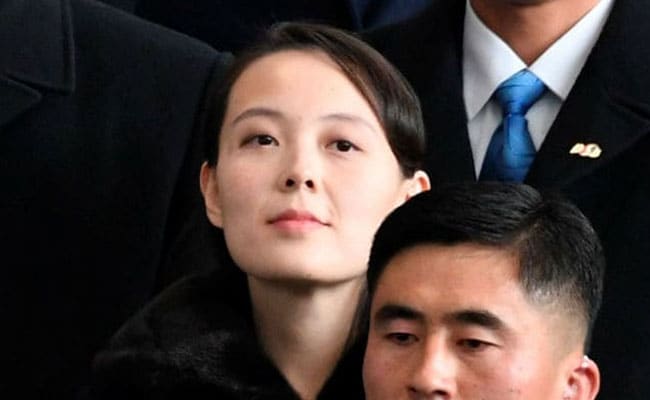 "Rubbish must be thrown into dustbin," Kim Yo Jong, sister of Kim Jong Un, said.

The sister of North Korean leader Kim Jong Un said it is "high time" to break relations with South Korean authorities, adding the next action against the "enemy" will come from the army.

It's better to take a series of retaliatory measures rather than release statements condemning South Korea's behavior, and which could be misinterpreted or dismissed, Kim Yo Jong said via the official Korean Central News Agency on Saturday.

"Rubbish must be thrown into dustbin," she said. "By exercising my power authorized by the Supreme Leader, our party and the state, I gave an instruction to the arms of the department in charge of the affairs with enemy to decisively carry out the next action."

Kim Yo Jong's comments came on the 20th anniversary of the first meeting between top leaders of the divided Koreas. The summit beginning on June 13, 2000, was the biggest moment of then-President Kim Dae-jung's reconciliation effort that led to stepped-up trade and joint projects and helped earn the South Korean leader the Nobel Peace Prize. 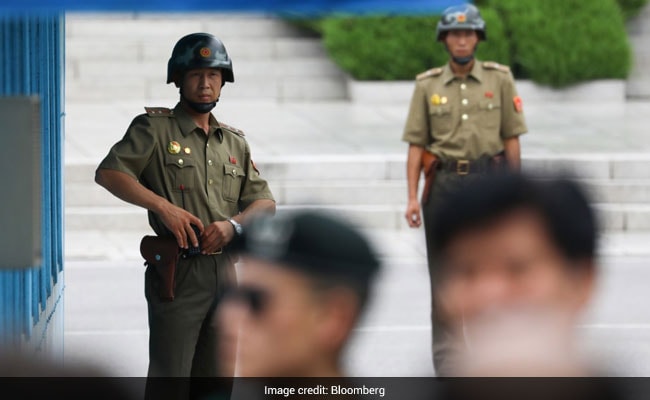 North Korea this week cut off communication links set up two years ago with Seoul, which it accused of allowing hostile acts by failing to stop the activists.

While that "Sunshine Policy" helped cool tensions, it was also criticized for providing North Korean leaders with cash needed to build up its nuclear-weapons program.

President Moon Jae-in was planning to meet top aides Monday after his security officials held an urgent meeting via video conference early Sunday to discuss the current situation on the divided peninsula, and possible responses, his office said.

In parliament, his progressive camp is looking to advance a symbolic resolution urging cooperation on the peninsula and an official end to the 1950-53 Korean, which was halted by an armistice and not a peace treaty. The conservative opposition has criticized it as a move that would make South Korea appear weak, but it doesn't have the votes to block it.

The Unification Ministry said in a statement that it's taking the situation seriously and urged the North to comply with inter-Korean agreements. The Defense Ministry said that it's maintaining firm military readiness, reported Yonhap News.

The latest dust-up was triggered by South Korean activists who sent anti-Pyongyang messages in balloons across the border. North Korea this week cut off communication links set up two years ago with Seoul, which it accused of allowing hostile acts by failing to stop the activists.

North Korea didn't answer South Korea's calls made on the military line Tuesday for the first time since the inter-Korean communication link was restored in 2018.

South Korea said last week it would look to ban anti-North Korea leaflets after a rebuke from Kim Yo Jong. Millions of leaflets have flown across the border for more than a decade bearing messages critical of North Korean leaders, with the latest coming as Kim Jong Un made fewer public appearances over the past several weeks than normal, leading to global speculation about his health.

Recent statements by Kim Yo Jong were designed to solidify Kim Jong Un's authority to run the country, according to Boo Seung-chan, a former adviser to South Korea's defense minister.

"North Korea is currently facing a tough political and economic challenge," said Boo, now an adjunct professor at the Yonsei Institute for North Korean Studies in Seoul. "And this undermines Kim Jong Un's legitimacy to rule."

North Korean officials are also lashing out at South Korea for lacking a fresh solution to revive nuclear talks, and said the country will continue to strengthen its force to deal with what it called U.S. threats.

"If they want to deal with us, they will have to approach us after racking their brains and finding a different method," Foreign Ministry official Kwon Jong Gun said in a separate statement released on Saturday via KCNA. "We will continue to build up our force in order to overpower the persistent threats from the U.S., and such efforts of ours are in fact continuing at this point of time."

The U.S. and North Korea have remained far apart on ways to achieve denuclearization. As tensions between rise, South Korea has offered help to restore dialogue while pledging to improve its own relations with North Korea.

North Korea says its nuclear arms serve as a deterrent against the U.S. and that Washington must ease its sanctions before denuclearization can take place. The U.S. demands North Korea abandon its arms ambitions before restrictions can ease.

Marking the second anniversary of the 2018 meeting between Kim and President Donald Trump, North Korean Foreign Minister Ri Son Gwon said the U.S. had broken its word and dashed hopes for denuclearization.

"Nothing is more hypocritical than an empty promise," Ri was quoted as saying in a KCNA report Friday, adding the U.S. has shown it's aiming for the "isolation and suffocation" of North Korea.

--With assistance from Kanga Kong, Jon Herskovitz and Jihye Lee.