Justin Trudeau is to visit the governor general to ask her to dissolve parliament and announce voting will be held on September 20, according to public broadcaster CBC and other local media, citing unnamed sources. 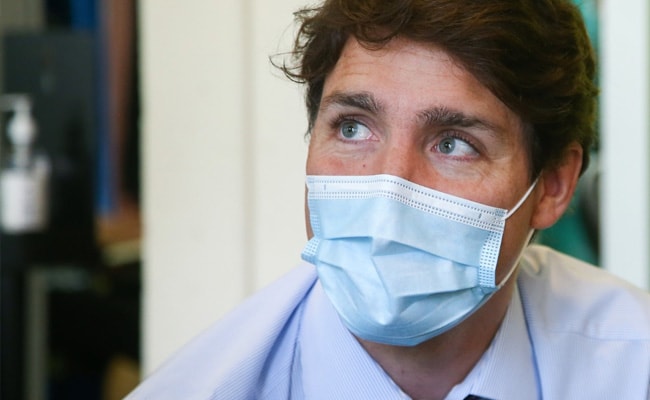 Canadian Prime Minister Justin Trudeau is expected to pull the plug on his minority Liberal government and call snap elections on Sunday despite a nationwide uptick in Covid infections that is worrying voters.

Trudeau is to visit the governor general to ask her to dissolve parliament and announce voting will be held on September 20, according to public broadcaster CBC and other local media, citing unnamed sources.

He and opposition leaders have been crisscrossing the country in recent weeks making election-style announcements as talk of a possible fall ballot has heated up.

In power for six years, Trudeau was reelected in 2019 but lost his majority in his second term amid scandals.

Despite rolling out massive pandemic aid, passing a federal budget and other key legislation with opposition backing over the past year, he has lamented that parliament in recent months has become dysfunctional, with a "level of obstructionism and toxicity in the House that is of real concern."

Opposition leaders have pushed back on the move, with one urging Governor General Mary Simon to rebuff Trudeau, informing her in a letter that his party was prepared to continue propping up the minority Liberal government to pass key legislation until the pandemic ends.

"While Justin Trudeau wants to act like (the pandemic) is over... it's not over and people are still worried," New Democratic Party leader Jagmeet Singh told reporters, echoing public health warnings of a looming Covid surge despite rising vaccination rates.

Erin O'Toole, who has struggled to make himself known to voters since becoming head of the main opposition Tories last year, said earlier this week: "We shouldn't be rushing to an election."

O'Toole has been at odds with his rank-and-file over policy proposals such as curbing climate change, but on Thursday he tweeted that his party "is ready" to fight an election.

"The timing is good," she argued, "as Canadians are generally in a good mood" since most public health restrictions have been lifted and life is "close enough to being back to normal."

- Trying for a majority -

Pollster and former political strategist Tim Powers suggested Trudeau "has done a risk assessment and believes if he wants a majority, now's the time to try."

"The Liberals have a decent lead. Covid isn't yet (surging) to the same degree that it could in a fourth wave, his main opposition in the Conservatives, Mr. O'Toole, hasn't found his footing, and he probably wants to get this done before kids are back in school for more than two weeks and potential outbreaks happen," Powers told AFP.

Authorities have been preparing for a possible election, ordering in advance millions of single-use pencils, bottles of hand sanitizer, masks and plexiglass shields.

They could face challenges finding people to staff election stations as seniors who usually volunteer are reluctant due to Covid risks.

Securing locations for polling stations has reportedly been challenging too. Schools, for example, are reluctant to jeopardize September reopenings by allowing use of their facilities for voting booths.

If a general election were to be held now, the Liberals would be in striking distance of a majority in parliament, according to the latest poll by Abacus Data, with 37 percent support.

The Conservatives and the New Democrats trail on 28 percent and 20 percent, respectively.

Abacus found that 38 percent of Canadians would be happy to cast a ballot in the fall while 17 percent are firmly opposed.

If Covid cases spike, however, one in five voters, including many Liberal backers, "would be angry enough not to vote Liberal," the polling firm said in a statement.