Canada's Truckers' Protest: "This state of emergency is not over," Trudeau said in his first appearance before reporters since authorities at the weekend broke up what the prime minister called "dangerous and unlawful" protests. 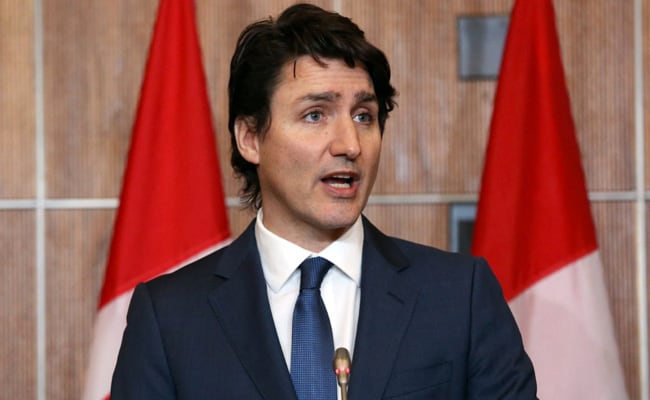 Canadian Prime Minister Justin Trudeau on Monday defended his use of emergency powers to end weeks-long trucker-led protests and argued that lingering threats require the measures to remain in force for now.

Trudeau's decision earlier this month to invoke the Emergencies Act -- for only the second time in Canada's history -- has been criticized as overreach by his political opponents. The Canadian Civil Liberties Union is suing the government.

"This state of emergency is not over," Trudeau said in his first appearance before reporters since authorities at the weekend broke up what the prime minister called "dangerous and unlawful" protests that brought the capital Ottawa to a standstill and blocked border crossings into the United States.

"There continues to be real concerns about the coming days," he added.

Canada has been in the international spotlight for weeks as thousands of protesters, led by truck drivers furious over Covid-19 vaccination requirements for driving freight across the border with the United States, converged on Ottawa and hunkered down for a siege.

Initially dismissed by authorities, the protesters later expanded their demands to a broader rejection of Covid restrictions in Canada.

Truckers and their supporters also blocked a bridge for days between the Canadian city of Windsor and the US city of Detroit, freezing a major trade route critical for industry including automobile manufacturing.

The last big rigs were towed away Sunday from Canada's capital, where the streets were quiet for the first time in almost a month following a massive police operation to end the drawn-out siege.

Canadian lawmakers were to vote later Monday on whether or not to support extending the Emergencies Act for an additional 30 days.

Trudeau stressed his government did not want to use the measure but felt it had been boxed into a corner.

"After weeks of dangerous and unlawful activities, after weeks of people being harassed in the neighborhoods, (and) after evidence of increased ideologically motivated violent extremism activity across the country," local authorities needed "more tools to restore order," Trudeau said.

The prime minister has been criticized by supporters of the protests for heavy-handed tactics, but Trudeau shot back that the movement -- which started as a home-grown protest -- had been infiltrated by foreign elements.

"A flood of misinformation and disinformation washed over Canada" during the protests, including from foreign sources, he said, and the blockades and occupations "received disturbing amounts of foreign funding to destabilize Canada's democracy."

Canadians have every right to disagree with him, Trudeau said.

"But you can't harass your fellow citizens who disagree with you. You can't hold a city hostage. You can't block a critical trade corridor and deprive people of their jobs."

On Monday, Ottawa police said in a statement that they had arrested a total of 196 protesters and towed 115 vehicles. They also said businesses that had closed their doors "should feel safe to reopen."