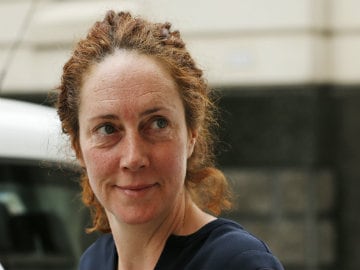 London: A jury retired on Wednesday to consider whether two ex-Rupert Murdoch editors, one the media mogul's protege and the other a former close aide to the British prime minister, were guilty over phone-hacking offences and illegal payments to officials.

Promoted
Listen to the latest songs, only on JioSaavn.com
Brooks, who went on to run the British newspaper arm of News Corp. is also accused of authorising thousands of pounds in illegal payments to a Ministry of Defence official while editing its sister daily the Sun, and of trying to hinder the police investigation.

They are on trial with five others including Brooks' husband Charlie at London's Old Bailey central criminal court. They all deny the charges.
© Thomson Reuters 2014