JPMorgan's Dimon: 'It's Almost Embarrassing Being An American Citizen'

"It's almost embarrassing being an American citizen . . . and listening to the stupid s--- we have to deal with in this country," JPMorgan Jamie Dimon said in one conference call. 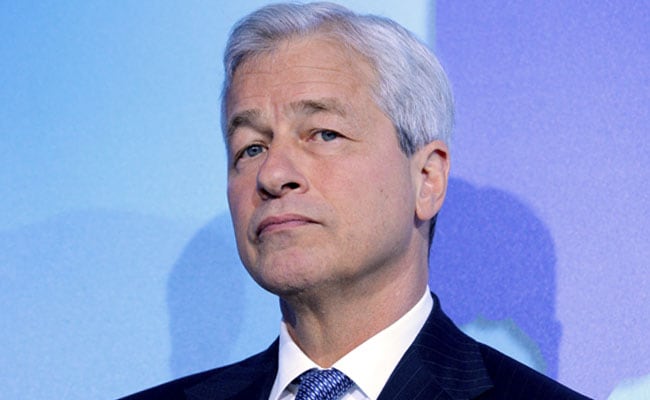 Jamie Dimon has resisted calls from shareholders to step down from Donald Trump's business council.

New York: Since President Donald Trump's election, Jamie Dimon has emerged as one of Wall Street's most prominent voices in Washington. The chief executive of JPMorgan Chase serves on the White House business advisory council and is chairman of the powerful Business Roundtable.

But in calls Friday to discuss the big bank's quarterly profits, Dimon vented his frustration with gridlock in Washington. "It's almost embarrassing being an American citizen . . . and listening to the stupid s--- we have to deal with in this country," Dimon said in one conference call. The inability to make headway on significant legislation is "holding us back, and it is hurting the average American. It isn't a Republican issue; it is not a Democratic issue."

Dimon has resisted calls from shareholders to step down from Trump's business council and fell short of criticizing the Republican on Friday. "We have become one of the most bureaucratic, confusing, litigious societies on the planet," he said. "And at one point we all have to get our act together, or we won't do what we're supposed to do for the average Americans."

Since the Great Recession, the nation's economy has been growing at a rate of 1.5 percent to 2 percent despite "stupidity and political gridlock - because the American business sector is powerful and strong," Dimon said. "What I am saying is it will be much stronger growth had we made intelligent decisions and we were not gridlocked."

The usually affable Dimon leads the largest bank in the country with more than $2 trillion in assets and what Dimon has described as a "fortress" balance sheet. That has made Dimon one of Wall Street's most influential forces in Washington.

That clout appears to be growing. In February, when Trump announced a broad effort to ease regulations on Wall Street, particularly the Dodd-Frank financial reform measures adopted in 2010, he singled out Dimon's potential contribution. "There is nobody better to tell me about Dodd-Frank than Jamie," Trump said, motioning toward the 61-year-old executive from across a table.

Dimon's criticisms of the ways of Washington came as some of the largest banks in the country - JPMorgan Chase, Wells Fargo and Citigroup - reported larger-than-expected quarterly profits Friday. The banks said they had received a boost from a slight increase in interest rates.

"Banks are taking advantage of the healthy economy and increasing their lending, and that will improve results in the future," said Ken Leon, banking industry analyst for CFRA.

But banking stocks declined slightly as investors appeared to be disappointed that JPMorgan and Citigroup reported declines in trading revenue. Volatility in U.S. stock and bond markets has been relatively low in recent months, making it more difficult to profit from market swings. JPMorgan also lowered how much it expects to bring in from net interest income, a key indicator of bank profitability, this year.

Some investors may also be taking advantage of the jump in bank stock prices after Trump's election and trying to secure a profit, industry analysts said. Despite a slight dip Friday, JPMorgan and Citigroup stocks are up 6 percent and 12 percent, respectively, so far this year. Wells Fargo, which is still struggling to repair its image from its fake accounts scandal, is flat in 2017 so far.

Trump has promised to loosen regulations on the banking sector that he says became too strict after the 2008 financial crisis. That has raised hopes among big banks that they will have greater flexibility in how they use their money and gain relief from the yearly "stress tests" they must pass to prove they could survive another economic crisis. While the House has passed legislation encompassing many of the industry's wishes, the Senate has yet to take up the issue, and many banking executives now don't expect significant action until next year.

But the issues facing the United States are bigger than the bank's quarterly profit reports, Dimon said. "Who cares about fixed-income trading in the last two weeks in June? I mean, seriously?"

Dimon noted that he had recently traveled to several countries, including France, Argentina and Israel, and met with the prime ministers of India and China. "It's amazing to me that every single one of those countries understands that practical policies that promote business and growth is good for the average citizens of those countries for jobs and wages," he said. "Business doing well is good for the citizens of the country."

(This story has not been edited by NDTV staff and is auto-generated from a syndicated feed.)
Comments
Jamie DimonJPMorgan CEOembarrassing being American