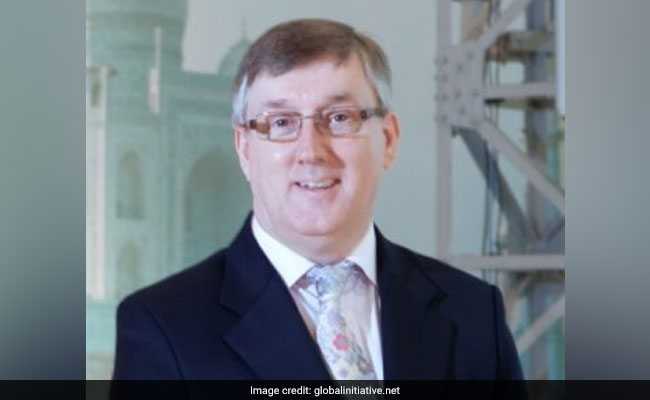 Chinese netizens posting to the social-media site Weibo this week threw their support behind an unlikely internet sensation: a bespectacled British Huawei executive who defended the Chinese telecom giant before Britain's parliament.

Chinese citizens have robustly supported their government in its months-long trade war with the U.S., but recent U.S. action to counter Huawei has propelled Chinese passions to new levels.

Many Chinese citizens carry Huawei phones in their pockets and are proud of the company's success selling its products around the globe. Huawei is one of China's largest companies, with global sales last year of more than $105 billion and is seen as a national champion.

Huawei is "a symbol of the national future of China," said Yan Xuetong, dean of the Institute of International Relations at Tsinghua University in Beijing. "The people know, the government knows, that if Huawei cannot survive, this country will have no hope for rejuvenation."

Chinese loyalty to the company, which sells phones and telecom network equipment, has helped give it the financial might to compete globally. Huawei is by far the largest smartphone seller in China, with a 26 percent market share last year, when it shipped 100 million new phones, according to research firm IDC. Apple, by comparison, held 9 percent of the Chinese market.

Washington has taken several steps to block Huawei's overseas expansion, warning that the Chinese government could use Huawei telecom equipment installed overseas to spy on the West. In its latest salvo, the Trump Administration banned companies from selling U.S. technology to Huawei, prompting Google and other firms to stop supplying software and parts.

Huawei has denied the U.S. spying accusations, and attempted to defend its business on several fronts.

On Wednesday, it filed a submission to the FCC to try to stop the federal subsidy ban, saying it would harm rural telecom carriers that rely on Huawei equipment and would not improve U.S. national security. The FCC has yet to hold a final vote on the measure.In an interview to discuss that filing, Huawei executives in the United States said China's economic and military might was partly motivating U.S. action to block the company. "There's a geopolitical overlay," said Andy Purdy, chief security officer at Huawei U.S. "Technology competition between China and Chinese companies and the U.S. and U.S. companies" is playing a role in the conflict, he said.

Chinese consumers see Washington's anti-Huawei action as an affront to the country.

"As a Chinese person I'd like to support [Huawei], more or less out of patriotism," a 37-year-old who would identify himself only by his last name, Zhang, said as he left a central Beijing Huawei store Wednesday, carrying his Huawei-brand phone.

Another Huawei customer, who identified himself only as Wang, said U.S. action against the company "makes me favor Huawei more."

Earlier this week, speaking at a British hearing about the security of U.K. telecom networks, Huawei's Suffolk faced tough questioning from members of parliament about whether the company could be forced to support Chinese spying. Britain, like other countries, is weighing how much Huawei gear to use in its networks.

"There's a law in China that requires Chinese companies to cooperate actively with the intelligence services. So certainly that applies to Huawei in China, doesn't it?" one member of parliament asked.

"No laws in China obligate us to work with the Chinese government on anything whatsoever," Suffolk said.

His testimony, reported late Tuesday Beijing time by Chinese media, sparked viral support from Chinese Weibo users. "The more I learn about Huawei the more I respect them," one wrote.

Public backing for the company has taken many forms. Some Chinese companies have offered employees incentives to buy Huawei phones. The founder of a Henan-based company announced on Weibo that staff would get 1,000 yuan for using Huawei devices, saying their purchases would "support the great rejuvenation of China."

Some of the pro-Huawei fervor has sparked criticism, however. In February, a music video showing children praising Huawei went viral on Chinese social media. The video, featuring school children singing a song called "Huawei the Beautiful," was made by a production company in southern China.

The song lyrics were written by Li Yourong, a former member of the People's Liberation Army's song and dance troupe, and Zang Sijia, who also does contract writing for China's Public Security.

Many praised the video, but some Weibo users criticized it as "disgusting" and resembling the kind of propaganda that North Korea produces. Huawei said it had nothing to do with the video's production.