The 13-nation OPEC cartel and its 10 allies headed by Moscow angered the White House last week with its decision to reduce output by two million barrels a day from November -- raising fears that oil prices could soar. 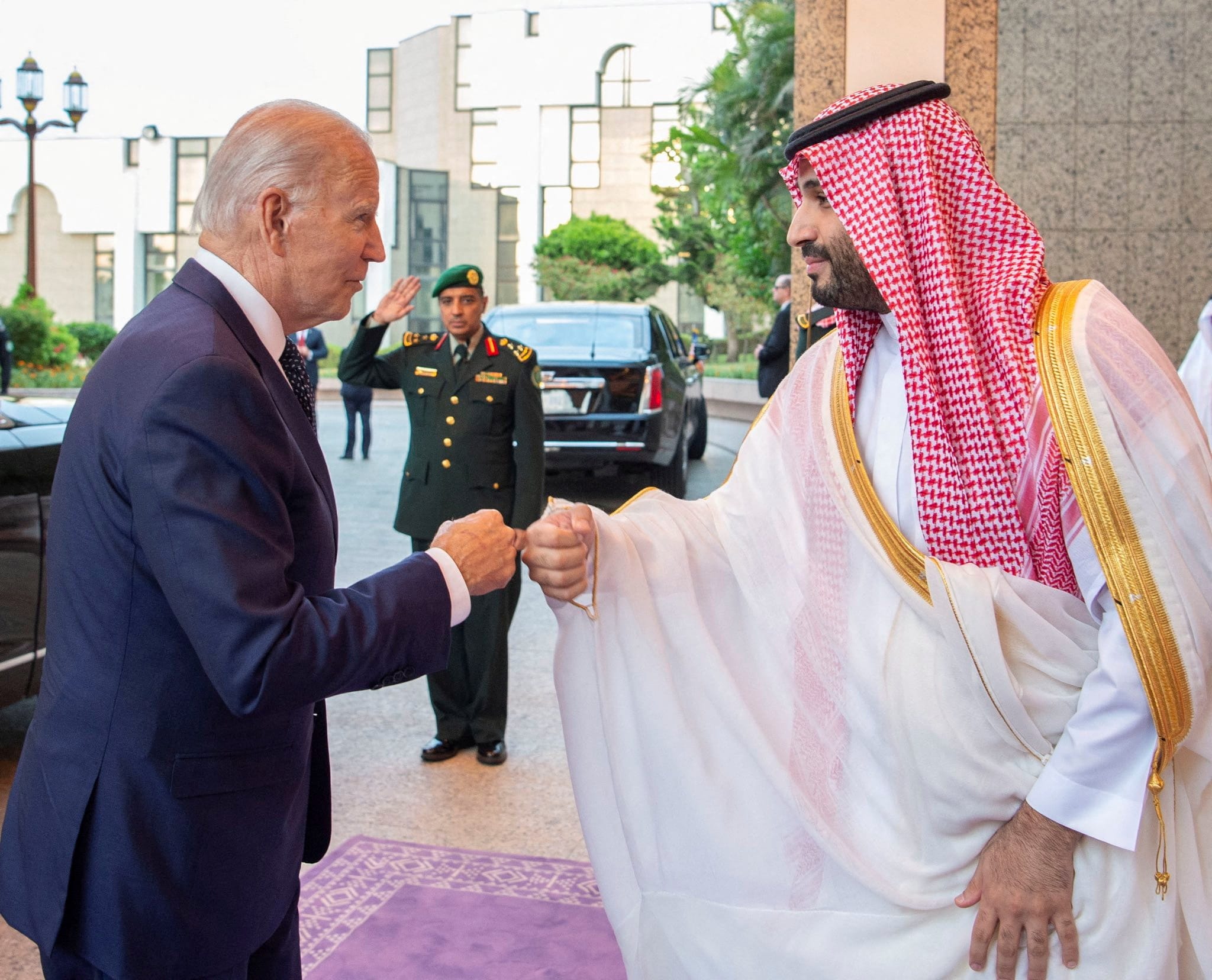 Biden is to "re-evaluate" the US relationship with Riyadh, the White House said.

President Joe Biden is to "re-evaluate" the US relationship with Riyadh, the White House said Tuesday, after a Saudi-led coalition of oil-producing nations sided with Russia to slash output.

The 13-nation OPEC cartel and its 10 allies headed by Moscow angered the White House last week with its decision to reduce output by two million barrels a day from November -- raising fears that oil prices could soar.

"I think the president's been very clear that this is a relationship that we need to continue to re-evaluate, that we need to be willing to revisit," National Security Council spokesman John Kirby told CNN.

"Certainly in light of the OPEC decision, I think that's where he is."

The decision was widely seen as a diplomatic slap in the face, since Biden traveled to Saudi Arabia in July and met with Crown Prince Mohammed bin Salman, despite vowing to make the kingdom an international "pariah" following the murder of journalist Jamal Khashoggi.

It also comes at a sensitive moment for Biden's Democratic party, as it faces November midterm elections with rising consumer prices a key Republican talking point.

Saudi Arabia has defended the planned production cuts, saying the priority of OPEC+ was "to maintain a sustainable oil market".

On Tuesday, Saudi foreign minister Prince Faisal bin Farhan told the Al-Arabiya channel that the move "was purely economic and was taken unanimously by the (organization's) member states."

Kirby added that Biden was "willing to work with Congress to think through what that relationship (with Saudi Arabia) ought to look like going forward," although he clarified that no formal discussions had yet begun.

His remarks came a day after Bob Menendez, the Democratic chairman of the influential Senate Foreign Relations Committee, called for Washington to halt all cooperation with Riyadh.

Menendez said the kingdom had decided to "underwrite" Russia's war in Ukraine with a move he denounced as a concession to Moscow that would hurt the global economy.

"The United States must immediately freeze all aspects of our cooperation with Saudi Arabia, including any arms sales and security cooperation beyond what is absolutely necessary to defend US personnel and interests," Menendez said.

"As chairman of the Senate Foreign Relations Committee, I will not greenlight any cooperation with Riyadh until the kingdom reassesses its position with respect to the war in Ukraine."

The partnership between the United States and Saudi Arabia was sealed after World War II, providing the kingdom with military protection in exchange for American access to oil.

Fraught with crises, the relationship was revived by Biden's predecessor Donald Trump, whose single term saw Riyadh accounting for a quarter of US arms exports, according to the Stockholm International Peace Research Institute.

Continuing the rapprochement, Biden's State Department announced in August that Saudi Arabia would buy 300 Patriot MIM-104E missile systems, which can be used to bring down at long-range incoming ballistic and cruise missiles, as well as attacking aircraft.

The relationship is "strategic" and has "advanced the security and stability of the Middle East," the Saudi embassy in Washington said in a statement on Tuesday.

Saudi Arabia has faced recent rocket threats from Yemen's Huthi rebels, who have been supplied with Iranian equipment and technology.

Biden said last week that he would look at alternatives to prevent gas price hikes.

These could include further releases from the US Strategic Petroleum Reserve, potentially increased domestic drilling, as well as more drastic measures, including limits on exports.

Menendez's call for a freeze in arms sales has the support of several fellow Democratic lawmakers, including Connecticut's Senator Chris Murphy, who told CNN that Washington had for too long given Riyadh a pass on transgressive conduct.

"For years we have looked the other way as Saudi Arabia has chopped up journalists, has engaged in massive political repression, for one reason: we wanted to know that when the chips were down, when there was a global crisis, that the Saudis would choose us instead of Russia," he said.

"Well, they didn't. They chose Russia."