Jeremy Hunt, 51, has taken plenty of flak as health minister for some controversial reforms to change doctors' working hours and pay that prompted large-scale demonstrations. 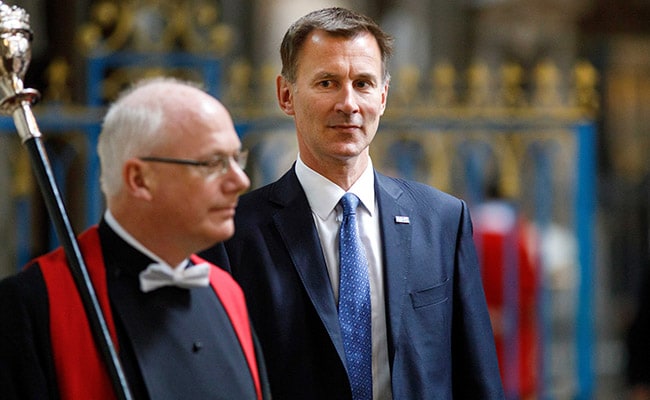 Jeremy Hunt previously served as Culture Minister between 2010 and 2012

Jeremy Hunt, who was named Britain's new foreign minister on Monday, has earned a reputation as someone who is not afraid of a challenge after six years in charge of Britain's notoriously unwieldy National Health Service.

Hunt, 51, has taken plenty of flak as health minister for some controversial reforms to change doctors' working hours and pay that prompted large-scale demonstrations.

He previously served as Culture Minister between 2010 and 2012 when he successfully fought off accusations of improper dealings with Rupert Murdoch's media empire.

A Politico profile of him last year concluded that Hunt "ticks the box to get the politically dangerous jobs done".

After he managed to secure extra funding for the NHS at a time of squeezed budgets, The Guardian earlier this year called him the "great survivor" and suggested that he may have prime ministerial ambitions of his own.

In Britain's EU membership referendum in 2016, Hunt was a leading advocate for staying in the bloc -- the position of then prime minister David Cameron's government.

That marks a clear difference from his predecessor as foreign secretary, Boris Johnson, a top Brexit campaigner.

But Hunt has since said he now supports Brexit, criticising the EU's approach to negotiations as "arrogant" and "disappointing" in an interview with LBC radio last year.

The eldest son of Admiral Nicholas Hunt, who was Commander-in-Chief Fleet from 1985 to 1987, Hunt was brought up in the town of Godalming, southwest of London.

He was educated at Charterhouse, a prestigious private school, and went on to study at Oxford University, where he first became active in politics as president of the Conservative Association and was a contemporary of Cameron's.

After university, Hunt worked as a management consultant and later became an English language teacher in Japan, and now speaks Japanese fluently.

Hunt had a successful career as an entrepreneur before entering parliament for the first time in 2005.

He set up a public relations agency and an educational publisher, Hotcourses, which puts prospective students in touch with universities and colleges.

Selling his shares in the firm made him a multimillionaire.

After being elected to parliament he served as the Conservatives' culture spokesman during the Labour government before being named to the culture ministry.

As minister he became responsible for the 2012 London Olympics and Paralympics.

He is married to Lucia, who is from China, and the couple have three children.

(Except for the headline, this story has not been edited by NDTV staff and is published from a syndicated feed.)
Comments
Jeremy HuntBoris JohnsonEuropean Union