The couple met five years ago during an event at a restaurant in Tokyo, NHK reported. 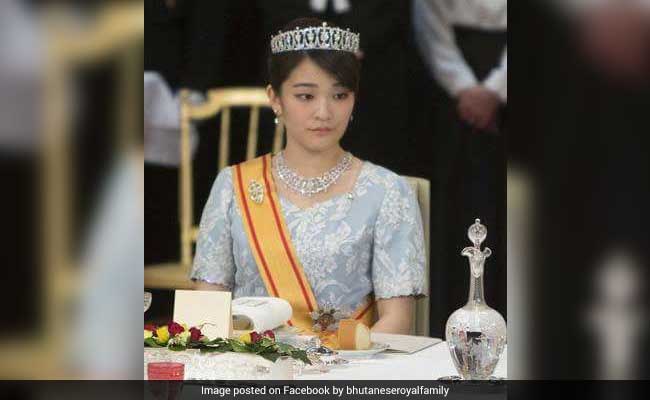 Princess Mako is the elder daughter of Prince Akishino.

Public broadcaster NHK reported on Tuesday Princess Mako's engagement with her university classmate Kei Komuro will become official with an exchange of ceremonial gifts, after which a date will be set for the wedding.

Mako is likely to marry Komuro in 2018, the report said.

The couple met five years ago during an event at a restaurant in Tokyo, NHK reported.

Komuro proposed to the 25-year-old princess about a year after they met and Mako's parents have already approved of the relationship.

The princess is working as a researcher at a museum in Tokyo while Komuro, a resident of the Yokohama locality, is a legal assistant at a law office, and is also pursuing a Master's in business law.

Komuro also worked as "Prince of the Sea" to promote tourism to the beaches of Shonan in Kanagawa prefecture, the report said.

Mako is the elder daughter of Prince Akishino, the second son of the emperor and second in line to the Chrysanthemum Throne after Prince Naruhito.

The marriage could also reopen the debate on the law that has been governing the royal household since 1947, and that doesn't recognise the so-called collateral institutional branches, making women who marry out of royalty to lose their royal status.

The world's oldest reigning hereditary dynasty comprises 19 members, of whom only four are men, making them the only ones who can accede to the throne: Emperor Akihito (83), Prince Naruhito (57), Prince Akishino (51) and Prince Hisahito (10), younger brother of Princess Mako.


(Except for the headline, this story has not been edited by NDTV staff and is published from a syndicated feed.)
Comments
japan princesscommoner classmateformer classmate