Kansai Electric Power (KEPCO) restarted the No 4 nuclear reactor at the Takahama nuclear plant after a court in March cleared the move in Japan. 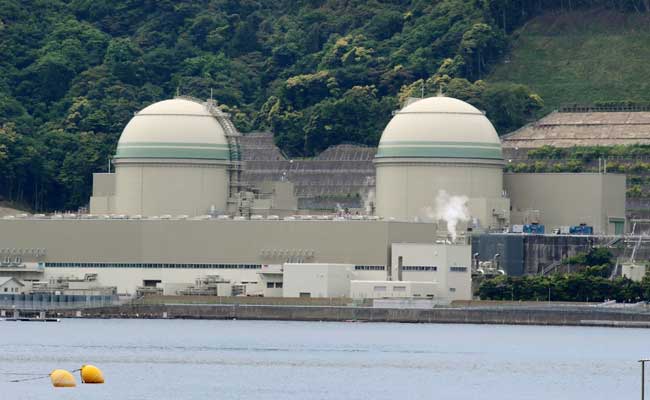 Tokyo, Japan: A Japanese utility on Wednesday switched on a nuclear reactor, the latest to come back in service despite deep public opposition in the aftermath of the Fukushima crisis.

Japan shut down all of its dozens of reactors after a powerful earthquake in March 2011 spawned a huge tsunami that led to meltdowns at the Fukushima nuclear plant, causing the world's worst such accident since Chernobyl in 1986.

But only a handful of reactors have come back online due to public opposition and as legal cases work their way through the courts.

On Wednesday, Kansai Electric Power (KEPCO) restarted the No 4 reactor at the Takahama nuclear plant after a court in March cleared the move.

The latest restart at the plant in Fukui prefecture, some 350 kilometres (215 miles) west of Tokyo, came after court battles that lasted more than a year during which a district court near Fukui ordered KEPCO to suspend operations.

The Fukui government, where the nuclear industry is a major employer, approved the reactor's restart but concerned residents in neighbouring Shiga prefecture asked their local court to stop the move.

The region's appeals court in Osaka finally ruled in March that KEPCO could restart two of the four reactors at Takahama.

Shigeki Iwane, KEPCO president, announced the restart in a statement.

"We will... carefully continue our work with discipline and regard safety as the priority," he said.

Shiga governor Taizo Mikazuki voiced frustration and urged the national government to reduce its reliance on nuclear power, saying his prefecture would be greatly impacted in the event of an accident.

He said the environment was not right for a restart.

"The government should change the current energy policy that relies on nuclear plants at the earliest possible time," he said.

(Except for the headline, this story has not been edited by NDTV staff and is published from a syndicated feed.)
Comments
Takahama nuclear plantJapan nuclear reactorFukushima crisisKansai Electric Power