Tatsuma Hirao told investigators that he escaped from the island by swimming across the sea. 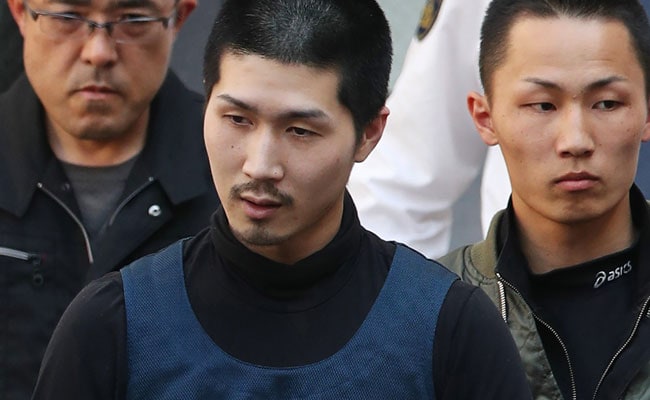 Tatsuma Hirao, 27, who was serving time for multiple thefts was arrested on Monday. (AFP)

Tokyo, Japan: A thief who fled an open jail in Japan sparking a high-profile manhunt involving some 15,000 officers was taken into custody on Monday, police said, more than three weeks after his escape.

Tatsuma Hirao, 27, a "model" inmate who was serving time for multiple thefts, was arrested on a street near Hiroshima railway station in western Japan, a local police spokesman told AFP.

He was captured some 70 kilometres (40 miles) west of Mukaishima island, where police had deployed helicopters, drones, police dogs and infrared detectors to find him.

Hundreds of officers a day were sent to the island for the manhunt with the total number reportedly reaching around 15,000 since early April, local media said.

Hirao told investigators that he escaped from the island by swimming across the sea, according to public broadcaster NHK.

Television footage showed Hirao, who was unshaven and wearing a black shirt, taken by several police officers to a police vehicle.

The case has made headline news in Japan with TV channels picking over the manhunt in minute detail.

Hirao gave guards the slip on April 8, vanishing from the facility, an "open institution" where inmates can walk around freely.

Police detected the fugitive's fingerprints and several thefts have been reported since his escape.

The stolen items include socks, a mobile phone, a wallet, a pair of sandals and a car key, whose owner found a polite note -- apparently from the fugitive -- saying: "I'm borrowing your car but I'll never damage it."

Justice Minister Yoko Kawakami made a rare apology for the difficulties in recapturing the criminal.

"I deeply apologise to local residents and many people for troubling and worrying them for such a long time," Kawakami said in a statement, adding that her ministry will take preventive measures.

A total of 20 inmates have escaped since the prison opened in 1961.

Promoted
Listen to the latest songs, only on JioSaavn.com
Japan enjoys one of the lowest crime rates in the developed world but has a relatively high reoffending rate.