Jamal Khashoggi Fiancee Sues Saudi Prince In US Over Murder

Turkish citizen Hatice Cengiz and the human rights group Khashoggi formed before his death, Democracy for the Arab World Now (DAWN), is pursuing Mohammed bin Salman and 28 others for damages over the October 2, 2018 killing of the US-based writer. 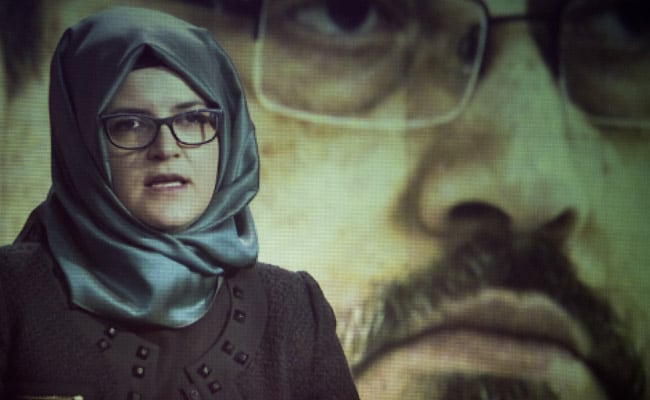 The fiancee of journalist Jamal Khashoggi sued Saudi Arabia's crown prince and other officials Tuesday in a US court, seeking damages for his brutal murder in Istanbul two years ago.

Turkish citizen Hatice Cengiz and the human rights group Khashoggi formed before his death, Democracy for the Arab World Now (DAWN), is pursuing Mohammed bin Salman and 28 others for damages over the October 2, 2018 killing of the US-based writer.

Cengiz claims personal injury and financial losses over Khashoggi's death, while DAWN said its operations and objectives were hampered by the loss of its founder and central figure.

"The ruthless torture and murder of Mr. Khashoggi shocked the conscience of people throughout the world," the suit said.

"The objective of the murder was clear -- to halt Mr. Khashoggi's advocacy in the United States, principally as the executive director of plaintiff DAWN, for democratic reform in the Arab world."

Khashoggi was killed inside Saudi Arabia's Istanbul consulate and his body dismembered and disposed of by a team of Saudis allegedly directed by right-hand men of the crown prince.

After global expressions of outrage over the case and pressure from the United States and Turkey, 13 Saudis were tried in Riyadh and sentenced to stiff prison terms.

Both of the aides, those convicted in Saudi Arabia for the murder, and others tied to the plot were named in the lawsuit.

Cengiz and DAWN said they filed the suit in Washington federal court because they saw no chance for justice in Saudi Arabia, known for its opaque courts, and Turkish legal experts said the civil case would not go forward while Ankara pursues a criminal case over the murder.

A prominent critic of the Riyadh regime, Khashoggi has been living near Washington and working in part for the Washington Post when he was killed.

Cengiz said the two had wed under Islamic traditions and were preparing a civil marriage.

The suit alleges that the plot against him involved the Saudi embassy in Washington, which directed him to travel to Istanbul to obtain the documents needed for their marriage.

It also says his murder damaged the operations of DAWN, which is based in Washington.

The defendants were "aware of Mr. Khashoggi's US ties and brutally killed Mr Khashoggi to silence him and prevent him from continuing in the United States his advocacy for democracy in the Arab world," the suit said.