Former Maldives president Maumoon Abdul Gayoom is the latest jailed opponent of President Abdulla Yameen to win freedom since he lost the elections. 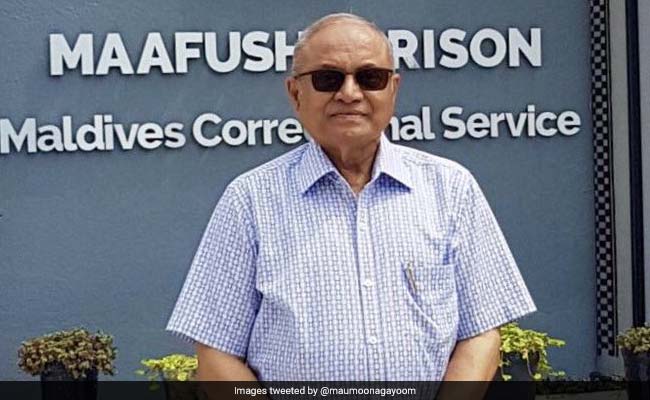 The High Court granted Gayoom bail of 60,000 Maldivian rufiyaa ($3,891) after a secret hearing. Gayoom, who ruled Maldives from 1978-2008, is awaiting trial on charges of trying to bribe officials to topple the government of Yameen, his own estranged half brother. He was separately sentenced in June to 19 months imprisonment on obstruction of justice charges for refusing to hand over his mobile phone during the investigation.

Yameen lost his re-election bid to opposition leader Ibrahim Mohamed Solih by more than 16 percentage points. Although Yameen is due to remain in office until Nov. 17 before Solih assumes the presidency, a number of Yameen's opponents have already been freed.

The country of 400,000 people is popular with tourists but has seen political unrest since its first democratically elected leader, Mohamed Nasheed, was forced to quit amid a police mutiny in 2012.