Ivanka Trump, daughter of US President Donald Trump and serves his advisor too, feels Saudi Arabia's progress in empowering women is encouraging but more work and freedom to be given with regard to it. 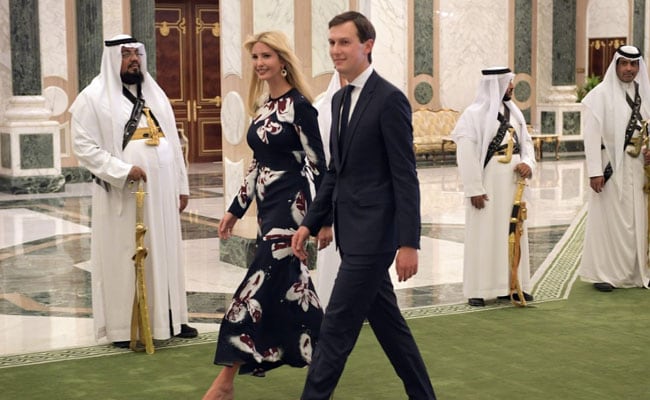 "Saudi Arabia's progress, especially in recent years, is very encouraging," Trump's eldest daughter told a group of Saudi women she met in Riyadh while accompanying her father on a visit to the Muslim kingdom.

"But there's still a lot of work to be done and freedoms and opportunities to continue to fight for," added Ivanka, who serves as an advisor to her father.

"Around the world women continue to achieve unprecedented levels of rights and freedoms. Today you all stand on the frontlines of the fight for gender equality," she told a roundtable of women led by Princess Reema bint Bandar, deputy president of the Women's Sports Authority.

Saudi Arabia, which applies a strict form of Sunni Islam, imposes many restrictions on women.

It is the only country where they are not allowed to drive. When in public, women in Saudi Arabia are expected to cover from head to toe.

Riyadh has pledged a programme of social and economic reforms as part of the ambitious "Vision 2030" strategy launched last year.

A royal decree earlier this month reportedly stipulated that women are no longer required to obtain a male guardian's consent to carry out certain activities.

In Febraury, a Saudi woman was appointed to head the Saudi stock exchange, Tadawul, while another was appointed as head of the major bank Samba.

Promoted
Listen to the latest songs, only on JioSaavn.com
"The stories of Saudi women, such as yourselves, catalysing change, inspire me to believe in the possibility of global women's empowerment," said Ivanka.


(This story has not been edited by NDTV staff and is auto-generated from a syndicated feed.)
Comments
Ivanka TrumpDonald trump Daughter and AdvisorSaudi Arabian women