Greg Abbott, a Republican, promised that action was coming as he finished his third session on school safety in talks that came less than a week after a 17-year-old student armed with a pistol and shotgun fatally shot 10 people at a Houston-area high school on May 18. 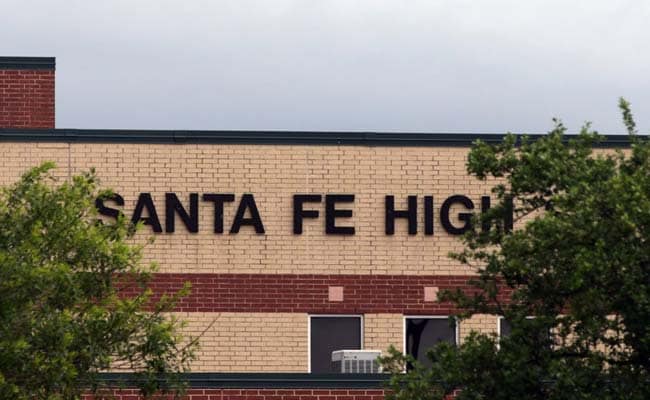 Austin, Texas: Victims and survivors of mass shootings in Texas choked back tears, recounted the bloodshed that unfolded before their eyes and pleaded with Governor Greg Abbott on Thursday to improve safety so that another massacre does not take place.

Abbott, a Republican, promised that action was coming as he finished his third session on school safety in talks that came less than a week after a 17-year-old student armed with a pistol and shotgun fatally shot 10 people at a Houston-area high school on May 18.

"May 18th came around and it finally happened to our school and we weren't surprised," said Grace Johnson, a senior at Santa Fe High School, the latest campus in a string of deadly U.S. mass shootings that stoked a debate about the best ways to stop the carnage.

"Why Santa Fe and we said why not. It is happening everywhere," she said, adding she sat next to the suspected gunman in a class and asked the governor for more security officers on campus and for trained teachers to be armed.

Abbott said after holding discussions with victims, security experts, school administrators and advocates for and against gun control that he would distill the ideas presented to him and put a plan into action.

He has mentioned the state will consider changes that include improving mental health screenings, bolstering gun storage regulations, and implementing so-called red flag warning laws intended to keep guns out of the hands of people deemed by a judge to be a danger to themselves or others.

But with the Texas legislature out of session until January, it is nearly impossible for the state to implement or fund any major policy changes that come out of the talks.

Texas Democrats have described the sessions as theatrics that will skirt major issues such as substantive gun control.

The round on Thursday included about 40 people affected by the shootings in Alpine, Santa Fe and Sutherland Springs, Texas, where a gunman fatally shot 26 churchgoers in November.

Abbott, a staunch supporter of gun rights, said any changes to state laws would need to protect Second Amendment rights to bear arms as enshrined in the U.S. Constitution.

In contrast to Florida, where the killing of 17 teens and educators at a high school in February sparked a youth-led movement calling for new restrictions on gun ownership, the Texas tragedy saw many elected officials and survivors alike voicing support for gun rights.

Promoted
Listen to the latest songs, only on JioSaavn.com
Dimitrios Pagourtzis, 17, has been charged with murder in the killing during a rampage at Santa Fe High School on Friday.
© Thomson Reuters 2018