The November 1 election put Netanyahu in a position to form a stable government after an unprecedented period of political deadlock that forced five elections in less than four years. 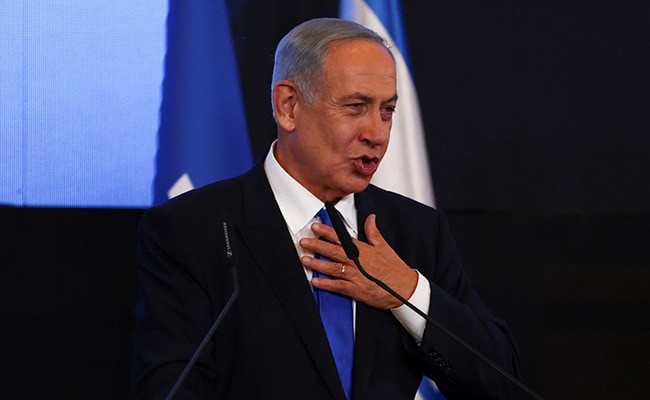 The November 1 election put Netanyahu in a position to form a stable government after an unprecedented period of political deadlock that forced five elections in less than four years.

President Isaac Herzog on November 13 tapped veteran politician Netanyahu to form a government with a majority backing of extreme-right and ultra-Orthodox Jewish parties.

The premier-designate appealed to the president Thursday to extend the coalition deadline, which had been set to expire at midnight (2200 GMT) Sunday, and give Netanyahu two more weeks to finalise coalition deals.

Herzog told Netanyahu on Friday he has decided "to extend the timeframe given to you to complete the task of forming a government by 10 days", according to a letter released by the presidency.

The president, who has already expressed reservations about some controversial members of the prospective coalition, said the new government "must work for the entire public in Israel".

In negotiations so far, Netanyahu has already granted top posts to figures like Itamar Ben Gvir, infamous for his anti-Arab views, and the vocally anti-LGBTQ politician Avi Maoz.

Netanyahu's Likud party has signed deals with three extreme-right factions, and must now finalise agreements with the ultra-Orthodox Shas and United Torah Judaism parties by December 21.

By law, the president can grant up to four additional days for negotiations after the extended deadline.

"We are in the midst of negotiations and have made much progress, but judging by the pace of things, I will need all the extension days provided by law in order to form a government," Netanyahu said in his Thursday letter to Herzog.

One of the hurdles that remain is the conviction of Shas leader Aryeh Deri for tax offences, which, according to Israel's attorney general, bars him from a ministerial position.

Netanyahu and his allies may seek to pass legislation allowing Deri to serve in cabinet before firming up a coalition deal.