Asked during a visit to London to commemorate the 1917 British declaration of support for a Jewish homeland if he felt now was the moment for peace in the region, Netanyahu said: "Hope so." 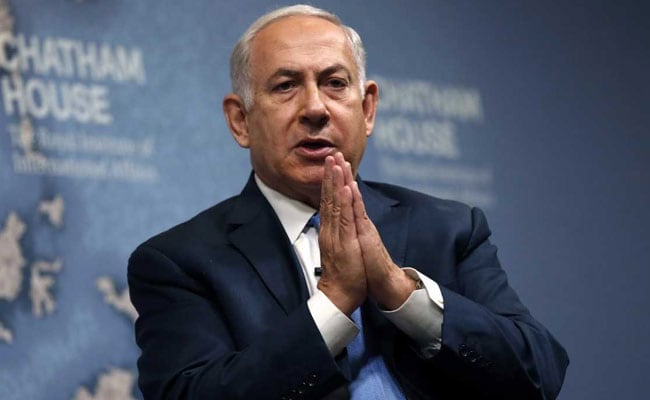 London: Israeli Prime Minister Benjamin Netanyahu said on Friday he hoped a US peace initiative would work and praised President Donald Trump for taking a fresh approach to bringing the Israelis and Palestinians back to negotiations.

For at least two decades, the goal of US-led diplomacy has been a 'two-state solution', meaning an independent Palestinian state living side-by-side and at peace with Israel.

But neither Trump nor his aides have publicly recommitted to a two-state solution, instead saying it is up to the two parties to work out in peace talks.

Asked during a visit to London to commemorate the 1917 British declaration of support for a Jewish homeland if he felt now was the moment for peace in the region, noting Trump's involvement in peace efforts, he said: "Hope so."

"What's being discussed now is an American initiative. Obviously we make our interests and our concerns known to Mr Trump. He's coming with a sort of refreshing 'can-do' thing... they're trying to think out of the box," Netanyahu said at London's Chatham House think-tank.

Netanyahu has previously expressed doubts about the Trump initiative, telling France's President Emmanuel Macron in July that it would be difficult to move forward quickly because he felt Palestinian President Mahmoud Abbas may not be able to deliver on commitments he had made.

But he said that more countries in the region were now beginning to engage constructively with Israel.

"The reason I draw hope from the moment is because of the larger shift in Arab-Israeli relations with the countries of the region. I cannot emphasise how dramatic that is," he said.

The Palestinians seek to establish an independent state in the Israeli occupied West Bank, territory captured in the 1967 Middle East war and the Gaza Strip, with East Jerusalem as its capital. Most Israelis want all of Jerusalem as their capital and reject a full return to 1967 borderlines as a threat to their security.