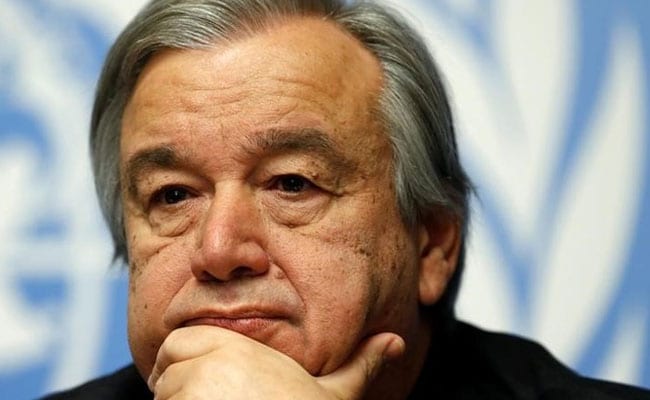 riyadh: "Islamophobia" in parts of the world is fuelling terrorism, the head of the United Nations said on a visit to Saudi Arabia Sunday, as anti-immigrant sentiment rises in some countries.

"This is the best support that Daesh can have to make its own propaganda," Guterres said, using an Arabic acronym for the Islamic State group of Sunni extremists in Syria and Iraq.

The terrorist group has also claimed deadly attacks in Saudi Arabia and in Europe.

Anti-immigration politicians including France's Marine Le Pen have seen their popularity rise after an influx to Europe of migrants, many of them Muslims fleeing wars in Syria and elsewhere.

US President Donald Trump issued an order in late January that denied entry to all refugees for 120 days.

But the order has faced  obstacles and on Thursday an appellate court decided unanimously to maintain a block on Trump's order.

Syria's conflict has created 4.8 million refugees and killed more than 310,000 people since it began with anti-government protests in March 2011.

Mr Guterres said "we will never be successful in fighting terrorism in Syria if an inclusive political solution is not found for the Syrian people."

A new round of UN-sponsored peace talks is scheduled for February 20 in Geneva.

Promoted
Listen to the latest songs, only on JioSaavn.com
Guterres arrived in Saudi Arabia from Turkey and is to be in Dubai on Monday for the World Government Summit during his regional tour.