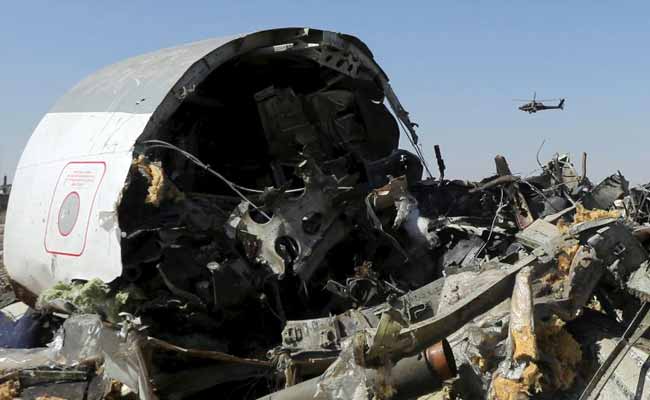 An Egyptian military helicopter flies over debris from a Russian airliner which crashed at the Hassana area in Arish city, north Egypt, in this file photograph dated November 1, 2015. (Reuters Photo)

Cairo: The Islamic State group has said it smuggled a bomb on board a Russian airliner that went down last month, after discovering a "way to compromise the security" at an Egyptian airport.

The group published what it said were pictures of the explosive, apparently contained in a soda can, and of passports that had belonged to the dead passengers and were retrieved from the crash site in the Sinai Peninsula.

The latest edition of its official online magazine Dabiq said IS had initially planned to down a plane belonging to a country from the US-led coalition targeting terrorists in Iraq and Syria.

The terrorists decided to instead target the Russian plane departing the Red Sea resort of Sharm el-Sheikh after Moscow began an air campaign in Syria in late September, the magazine said.