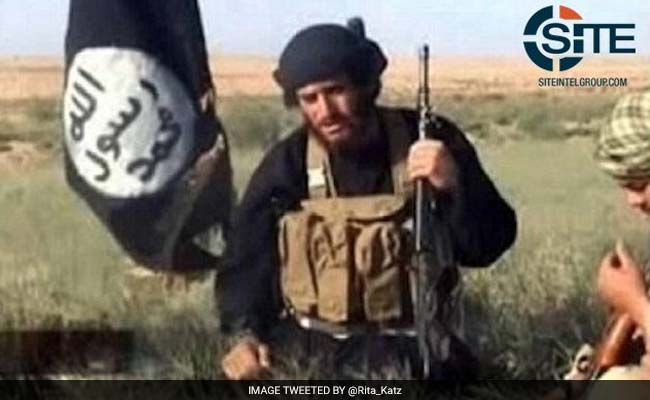 Abu Mohamed al-Adnani was killed while monitoring military operations in the Syrian province of Aleppo.

Beirut, Lebanon: The ISIS group on Tuesday said its spokesman Abu Mohamed al-Adnani was killed while monitoring military operations in the Syrian province of Aleppo.

The announcement came as a US defence official said an ISIS "senior leader" was targeted in a US-led coalition air strike Tuesday in Aleppo province.

"Coalition forces conducted an air strike in Al-Bab, Syria, targeting an (IS) senior leader," the official said, speaking on condition of anonymity.

"We are still assessing the results of the operation at this time."

Quoting a "military source", ISIS news agency Amaq said: "Sheikh Abu Mohamed al-Adnani, the spokesman of the ISIS, was martyred while surveying operations to repel the military campaigns against Aleppo".

It said he died after a "long voyage crowned by sacrifice" and vowed "revenge" at the hands of a "new generation born unto the Islamic State".

Analysts have described Adnani as a key figure of the jihadist group.

"In the collective jihadist memory Abu Mohamed al-Adnani will always be the one who announced the 'restoration of the caliphate' in June 2014," said jihadist expert Romain Caillet.

Adnani was originally from the western Syrian province of Idlib and joined the jihadist movement in Iraq where he served now slain Al-Qaeda leader Abu Musab al-Zarqawi and held several positions.

Aymenn Jawad Tamimi, an expert on jihadist groups, said Adnani's death "is significant symbolically and in pointing to the wider decline of the Islamic State".

"If a coalition air strike hit him, it shows intelligence penetration by the coalition is very high. Otherwise it would not have been possible to take out so many high-ranking figures," he said.

Another analyst, Charles Lister, tweeted that Adnani's death is a "big blow to IS".

Amaq did not say how Adnani was "martyred".

Promoted
Listen to the latest songs, only on JioSaavn.com
Adnani made such request in September 2014, calling on supporters to use stones, knives or even vehicles in their attacks to kill French or US citizens.