The United States and its allies will support diplomatic negotiations "that end the violence, allow refugees to return safely home, and yield a political transition that honors the will of the Syrian people," Trump said in a statement. 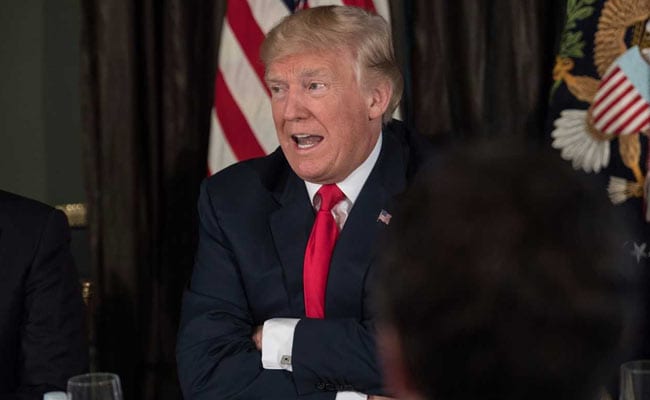 Washington: US President Donald Trump said Saturday a transition can soon begin to set conditions for lasting peace in Syria now that the end of the ISIS "caliphate is in sight" with the fall of Raqa.

The United States and its allies will support diplomatic negotiations "that end the violence, allow refugees to return safely home, and yield a political transition that honors the will of the Syrian people," Trump said in a statement.

Trump said the entire city has been liberated from ISIS control, which he said marked a "critical breakthrough" in the global struggle against the terrorist group.

"With the liberation of ISIS's capital and the vast majority of its territory, the end of the ISIS caliphate is in sight," Trump said.

"We will soon transition into a new phase in which we will support local security forces, de-escalate violence across Syria, and advance the conditions for lasting peace, so that the terrorists cannot return to threaten our collective security again."

Since capturing it in 2014, ISIS had used Raqa as a base for planning and conducting attacks in the west, including the November 13, 2015 suicide bombings and mass shootings in Paris that killed 130 people.

French Foreign Minister Yves Le Drian celebrated ISIS's defeat on Friday and declared "the crimes of the Bataclan have not gone unpunished," referring to the concert venue where ISIS terrorists massacred 90 concertgoers.

The more than four months of fighting have left Raqa in ruins, however, and taken a heavy toll in human lives.

The Syrian Observatory of Human Rights put the number of dead at more than 3,200, including 1,130 civilians.

A massive reconstruction effort will be needed to make the city habitable again, but it is unclear who will undertake it.

A spokesman for the US-backed Syrian Defense Forces said the city will be handed over to Raqa's civil council once clearing operations have been completed.

But a French military spokesman said it will be many weeks before civilians can safely return due to "the quantity of explosive devices Daesh (ISIS) left behind."

Trump's statement did not address whether US plans include a commitment to rebuild areas in Syria retaken from ISIS control.

Also unanswered is how Washington will deal with the Russian-backed forces of Syria's President Bashar al-Assad, now that ISIS is effectively being cleared from the battlefield.

So far, the Trump administration has focused on defeating ISIS, but some analysts warn the accelerated campaign is opening the way for Assad and his Russian and Iranian backers to fill the vacuum.

In his statement, Trump made no mention of removing Assad from power as part of a negotiated political solution, a goal pursued unsuccessfully by former president Barack Obama.

Trump had already signaled a turn away from that objective earlier this year when he shut down a clandestine CIA program to supply Syrian rebels with arms.

Syrian government forces, meanwhile, are engaged in twin Russian-backed offensives against ISIS, mopping up the last pockets it still holds in the desert and pushing down the Euphrates Valley towards the Iraqi border in the east.

Earlier Saturday, Syrian troops and militia retook the desert town of Al-Qaryatain, in Homs province, in the latest setback for ISIS, according to Syrian state media.

The Syrian Observatory of Human Rights said more than 200 ISIS fighters had withdrawn during the night into the desert, which stretches all the way to the Iraqi border.
Comments
Donald TrumpRaqa