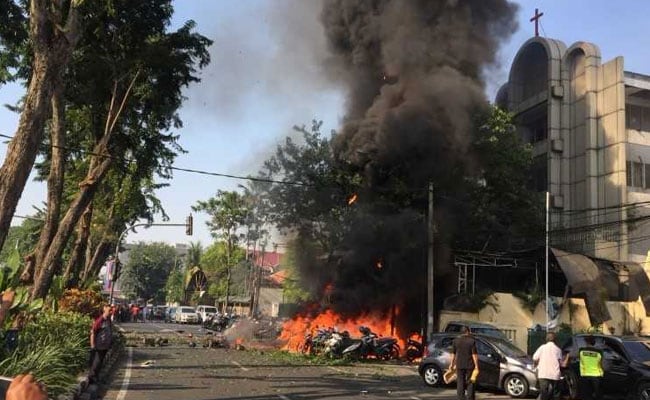 The attacks had killed at least 13 people and 40 had been taken to hospital, police said. (Reuters)

Cairo: ISIS claimed responsibility for suicide bomb attacks on three churches in the Indonesian city of Surabaya on Sunday that has killed 11 people, the terror group's Amaq news agency said, without providing any evidence.

"Three martyrdom attacks inflicts at least 11 deaths and 41 injuries of the churches' guards and Christians in the city of Surabaya in East Java province in Indonesia," the agency said in a statement that gave no further details.
© Thomson Reuters 2018
Promoted
Listen to the latest songs, only on JioSaavn.com