ISIS claimed responsibility for the attack on the RTA TV station which left 17 people injured. 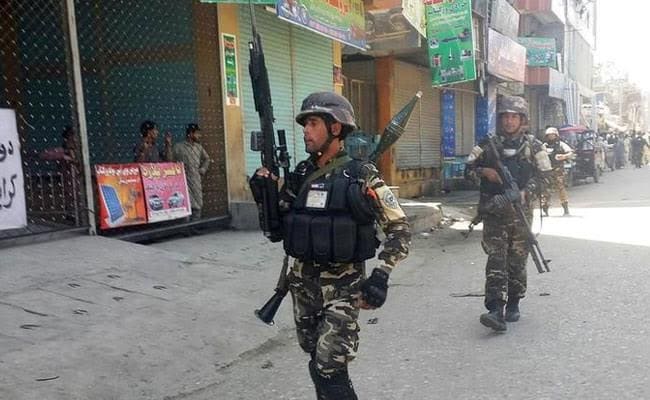 Jalalabad: Terrorist group ISIS on Wednesday claimed responsibility for a suicide attack on a television station in Afghanistan's eastern province of Nangarhar that killed a security guard as well as all three attackers and wounded at least 17 people. ISIS has established a stronghold in the province bordering Pakistan, where it fights both the Taliban and Afghan government forces.

As the attack unfolded, heavy gunfire could be heard from around the building of RTA, Afghanistan's national broadcaster, located close to the governor's compound in the provincial capital, Jalalabad.

"ISIS fighters are currently carrying out an attack inside the state broadcasting building in the city of Jalalabad," the movement's AMAQ newsagency said in a statement on instant messaging service Telegram.

The Taliban, which also has a strong presence in the region, denied responsibility.

Two of the attackers blew themselves up at the start of the operation but a third engaged security forces in a heavy gunbattle before being killed, said Attaullah Khughyani, a spokesperson for the provincial governor.

Nine of the 17 wounded were discharged from a hospital after being treated, he added.

ISIS has recently been hit hard by US air strikes and special forces operations.

The head of ISIS in Afghanistan, Abdul Hassib, was reported this month to have been killed in a joint Afghan-US operation in Nangarhar at the end of April.

ISIS has also claimed responsibility for a series of high-profile attacks in the capital, Kabul, including one in March on Afghanistan's largest military hospital.