British-born Alexanda Kotey was accused of detaining or killing multiple Western hostages, including US journalists James Foley and Steven Sotloff. 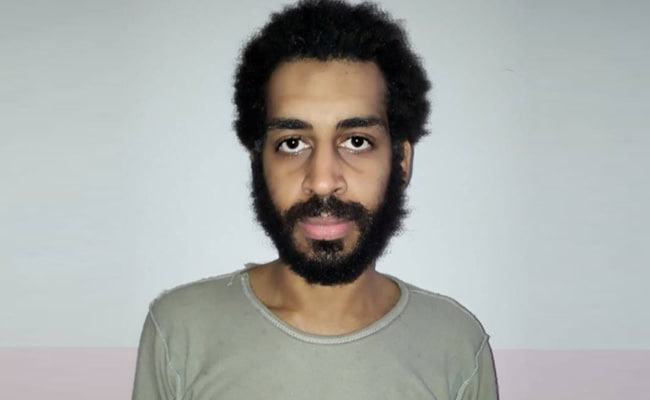 A British-born man who was a member of a team of Islamic State militants in Syria nicknamed "The Beatles" accused of beheading American hostages was due to plead guilty on Thursday to U.S. criminal charges, according to a federal court record.

A docket entry for the US District Court in Alexandria, Virginia, showed a change of plea hearing was scheduled on Thursday for Alexanda Kotey, one of two Islamic State members who had been held in Iraq by the US military before being flown to the United States to face trial on terrorism charges.

Court records show Kotey and El Shafee Elsheikh, a Sudanese-born British resident extradited to the United States with Kotey, face charges that include hostage-taking resulting in death and conspiracy to provide material support to terrorists.

Kotey and Elsheikh were citizens of the United Kingdom, but the British government withdrew their citizenship. They are alleged to have belonged to a four-member Islamic State cell nicknamed "The Beatles" because of their British accents.

A 24-page indictment includes a lengthy list of tortures that it accuses Kotey and Elsheikh of inflicting on hostages, including electric shocks with a taser, forcing hostages to fight each other and 20-minute beatings with sticks and waterboarding.

If convicted, Kotey and Elsheikh could face up to life in prison. The United States advised British authorities that American prosecutors will not seek the death penalty against Kotey or Elsheikh. The court docket shows charges against Elsheikh still pending.